In The Meditations of Marcus Aurelius, it is written: “What we do now echoes in eternity.” A modern-day update of that would be a line from Lin-Manuel Miranda’s final soliloquy in Hamilton: “What is a legacy? It’s planting seeds in a garden you never get to see.” We have a choice as to what kind of path we carve for our children; from this springboard is borne the backbone of writer/director Shana Feste’s excellent new film, Boundaries. 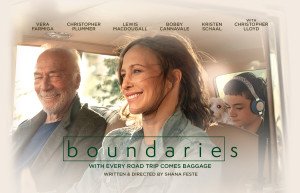 We’re caught in the middle, seeing the world through single mother Laura Jaconi’s (Vera Farmiga) eyes in the present day while struggling to reconcile the past with the future. This, of course, may be too heady a description for Feste’s film; it’s more an examination of the trickle-down effect of bad decisions branching out and spawning more of the same. Laura’s had to scrape and scrap for every little bit life has given to her; her life – well, really, an existence – is a result of what she has perceived to be the culmination of injustices stemming from her father Jack’s (Christopher Plummer) abandonment. She has a ramshackle house full of stray pets, a harried job as a put-upon personal assistant, and a string of wretched bedfellows, all of whom get scared off by her son Henry’s (Lewis MacDougall) quiet nature and artistic proclivities – he compulsively draws nude pictures of people he meets.

This compulsion has also wrought his expulsion from what’s implied to be the latest of many schools. Laura’s only option is to send him to a private school dedicated to kids like Henry, the price of which she can ill afford to pay. To make matters worse, Jack – with whom she hasn’t spoken with in years – has likewise been kicked out of what’s implied to be the latest of many nursing homes for growing and selling marijuana. Laura – who doesn’t know about Jack’s circumstances or how he gets his money – reluctantly makes a deal with Jack to bring him to live with her sister JoJo (Kristen Schaal) in Los Angeles in exchange for Henry’s tuition money. 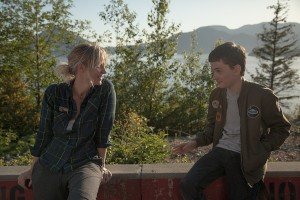 Boundaries is a road trip movie, but not among friends; the hostilities are evident before Laura even puts the key in the ignition. She sits in the driver’s seat, trying to hold Jack at arm’s length; she hasn’t forgiven – and won’t forgive – Jack for leaving and not supporting her, and for inconveniencing her while she drives him down to L.A. from Washington state because of his idiocy. Henry’s stuck in the backseat observing the dynamic between father and daughter, keeping to himself and trying to learn about his grandfather. The fun begins when we see the real reason Jack’s taking the scenic route down the coast: he’s offloading his incredibly large stash of pot to various friends and customers along the way, the proceeds of which will ensure Henry’s enrollment in the “special school.”

Here’s the thing: Jack’s a sweet man to his friends and family, and with the way Plummer plays him, it’s easy to fall under his sway. As most con men do, he uses it to his advantage, entreating and cajoling those around him until he reaches his desired ends. He never stopped plotting and scheming; he simply has a different audience on which to work his charms. Most importantly, he has to try to break through to Laura, whose guards are up and aren’t letting anything past. Throughout the film, Jack changes his tactics like a chameleon adapting to its surroundings, driving much of Boundaries’ comedy. Plummer’s unfailing charisma gives Jack an easy way of shifting stances to swing ably at any curveball this road trip throws at him, whether it’s talking Henry into being his accomplice, dealing with Laura’s ex-husband, or even having an honest moment with his daughter. 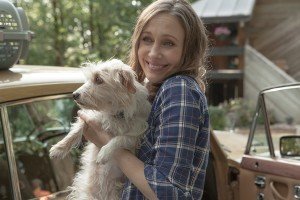 As written, Laura hides behind an easily-collapsible veneer of strength, one which might blow over if the wind was stiff enough. She’s a very real character, faced with pressure from all sides – loneliness, poverty, being a forgotten child, being a parent – constantly knocking at her door. We truly feel the angst of a woman driven so much to care about everyone else that she’s forgotten to take care of herself first. More than that, she doesn’t know how to take care of herself, allowing anyone and anything in her life, whether they’re right for her or not. She keeps her shields up and active for most of the film, and Farmiga wears it well with her entire being, owning Boundaries with one hell of a performance.

Despite a talented cast, the biggest takeaway from Boundaries is what the script has to say about family. Feste occasionally steers us into what seem like ancillary side-trips with artificial action – Jack’s friend Stanley’s (Christopher Lloyd) questionable nudity, an armed break-in at another house – but Feste pulls it all together and makes each encounter along Jack’s route a necessary lesson for Laura as to her father’s true character. Boundaries isn’t just a road trip from Washington to California; it’s a journey Jack takes to get his daughter back, and it’s the path toward Laura finally accepting who her father is. It may be a bumpy ride, but the sights you’ll see along the way are worth it.