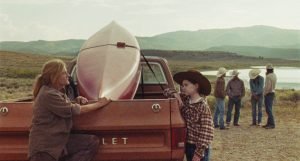 What is a love song but a meditation about our heart’s yearnings? As such, Max Walker-Silverman’s debut film A Love Song is titled very appropriately, being about a woman’s journey up out of grief that has led her to a campsite by a lake. But we don’t know that right off the bat – like […] 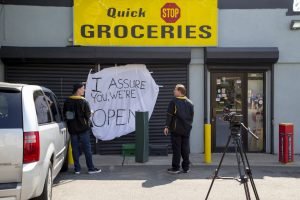 Those familiar with writer/director/film geek paragon Kevin Smith’s story about how he turned his film school education and his convenience store work experience into indie film box office gold will no doubt be enthralled with Clerks III, the follow-up to the 1994 original and its 2006 sequel. 1994’s sleeper hit Clerks spawned an entire microcosm […] 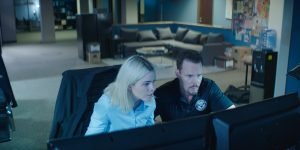 The premise of Wire Room is certainly more interesting than its execution. A lone federal agent in a secure facility tries to prevent a surveillance target from being killed – it’s gold, bearing many opportunities to tell this story with meaning, purpose, and style. As it stands, though, we only have characters we don’t care […] 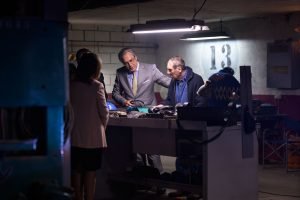 There is a whimsy running through The Good Boss (original title: El Buen Patrón) that defies description. You could call it black comedy, dominoes falling during one man’s week from hell, or just life being the unpredictable bitch that it is, throwing every possible curve at you until either you beg for mercy or take […]

The linchpin of Breaking lies in John Boyega’s masterful, nuanced performance as Marine veteran Brian Brown-Easley. Not only is the film an indictment of the Veterans Administration, it is also a harsh look at how mental illness is dealt with in this country, especially concerning our military veterans. But more than that, it is the […] 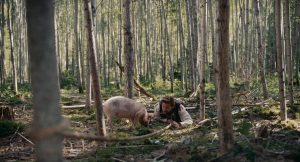 The head-scratching Squeal (former title: Samuel’s Travels) feels like a Monty Python sketch turned completely weird – well, weirder than it probably would be, but compelling nonetheless. Its manner reminds me of a similar film called Men & Chicken, especially with its hard-charging, heavily exaggerated tone. Both these films operate as a stream of consciousness, […]

Now, this is a vampire story I can dig – a workingman’s vampire movie that leans into its action and comedy elements with gusto and sass. Day Shift revels in making vampire hunting a blue-collar occupation, the way that we’d look at pool cleaners, plumbers, and other similar tradesmen. I’m sure this kind of conceit […] 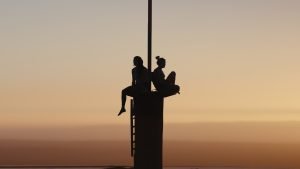 All you acrophobics in the audience right now who can’t even stand talking about heights need to turn away now. I appreciate you clicking on the link, but I do not wish to cause any discomfort. This opening paragraph is all you’ll get as far as a grace period. So here we go in 5… […] 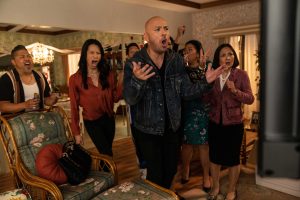 You have to give comedian Jo Koy props for his hustle and how he has seized the opportunity to parlay his tumultuous life into smashing success. Decades before his self-financed 2017 Netflix special made him a worldwide phenomenon at the age of 46 (he’s 51 now), Koy brought the wackiness of growing up in a […] 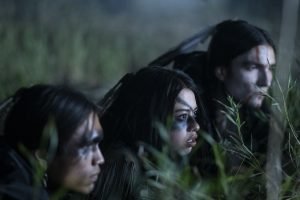 In the last 12 years, we’ve had three Predator films after a duo of why’d-they-bother, cash-grabbing Alien vs. Predator crossover movies. 2010’s Predators was the last good film in the franchise, with 2018’s The Predator being an overhyped disappointment. We’re back into the realm of the surprise and wonder that Predator and Predators gave us, thanks […]