I’m going to get this right out of the way: The Kill Team is an absolutely disheartening film. Disheartening because we see how souls and humanity are lost in wartime, with some of our boys wanting nothing more than to get their guns off. To me, this is one of the most horrific things a human can do – to kill for the sake of killing. Racking up human lives like one racks up poker chips at a table game. However, as Justin Stoner says in the film, we train our military to kill, “but then you get all pissed off when we actually do it.” 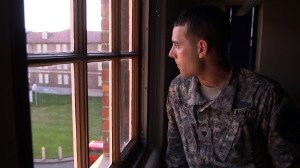 It’s a startling dichotomy to live with. Yes, we look to the military to protect us from harm, and I think most of us still have heroic notions about the kind of things the military has to deal with in wartime – shooting only when shot at, defending themselves from insurgents, that kind of thing. However, The Kill Team turns its focus on what Wikipedia has titled the Maywand District Murders and the men who perpetrated these incidents, which involved targeting innocents for extermination.

The Kill Team uses interviews with three men accused of participating in these murders – Army Specialists Adam Winfield, Jeremy Morlock, and Justin Stoner – to try to make sense of their actions, most of which seem to be a product of being under Staff Sergeant Calvin Gibbs’ command. Gibbs is said to be a bloodthirsty, aggressive leader; in court, he has admitted to taking fingers from the bodies of the people he’d killed as trophies. Following Gibbs’ lead, Winfield, Morlock, and others under Gibbs’ command – along with Gibbs himself – staged the murders of three Afghan civilians, killing them for sport and making the aftermath look like a clean shoot, justified by the soldiers planting weapons on or near the bodies.

This utter disregard for and lack of humanity appalls me on so many levels. Are these the kind of people we’re sending overseas to “promote freedom” or “protect our interests,” as some media types are so fond of saying? People whose minds have gone completely around the bend and put in a position to lead subordinates on trumped-up missions to kill innocents the way that someone would go buck hunting? What scares me more is what Stoner says in the finale of The Kill Team: “I don’t care what the military wants to say, but this goes on more than just us – we’re just the ones that got caught.” 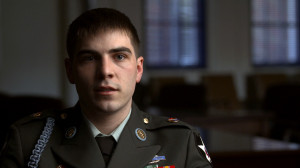 Documentary films are quite unlike your average Hollywood film, which is scripted, polished, and re-edited and re-shot after test marketing and focus group discussion. The drama is arranged for your enjoyment, often with a clear hero and a clear villain on each side of the conflict. With The Kill Team, the clear villain is the loss of the human soul and the trivialization of human life. It all trickles down from there: Gibbs’ violent personality results in innocents killed and his subordinates to fearfully follow him, as he’s made threats that “people disappear on the battlefield all the time,” according to Morlock. Either get on board or die, it seems. Winfield’s father puts it best when he says that Adam had guns on either side of the US/Afghan conflict pointed at him, and he’s not wrong.

I understand that this film does not represent the military as a whole, and I have wonderful, well-adjusted friends who went over there and came back without having this kind of thing on their conscience. But Morlock’s words about being pressured to kill and to the want to kill turn my stomach, as if people were using the Afghanistan conflict as a day pass to end someone’s life. Forget trying to be honorable and do the right thing – they’re there to kill and get off scot-free! Also, where does this “pressure to kill” come from, this pressure that Morlock speaks of? Does the fish rot from the head, thus making the entire endeavor a soulless exercise in futility? This, to me, is the point of The Kill List – it is to show that we have lost our way as humans and world citizens. It’s a worrying, frightening, 77-minute piece on the subject of evil that you won’t easily digest or soon forget.