Posted by Michael Parsons on February 11, 2014 in Movie Reviews / No Comments

Welcome to St. Vladimir’s Academy, a boarding school where young vampires are completely shielded from the outside world but somehow manage to pick up all of our annoying social habits. It’s also a place where they learn to fight and hone their skills in magic, among other things; basically, it’s a Hogwarts for the undead. But, like most kids in high school, they’re mostly just concerned about fitting in, which occasionally means succumbing to peer pressure and, Heaven forbid, fraternizing with the opposite sex during daylight hours. It’s too bad acting classes aren’t part of the curriculum, because it’s almost impossible to tell where the parody stops and the social commentary begins. 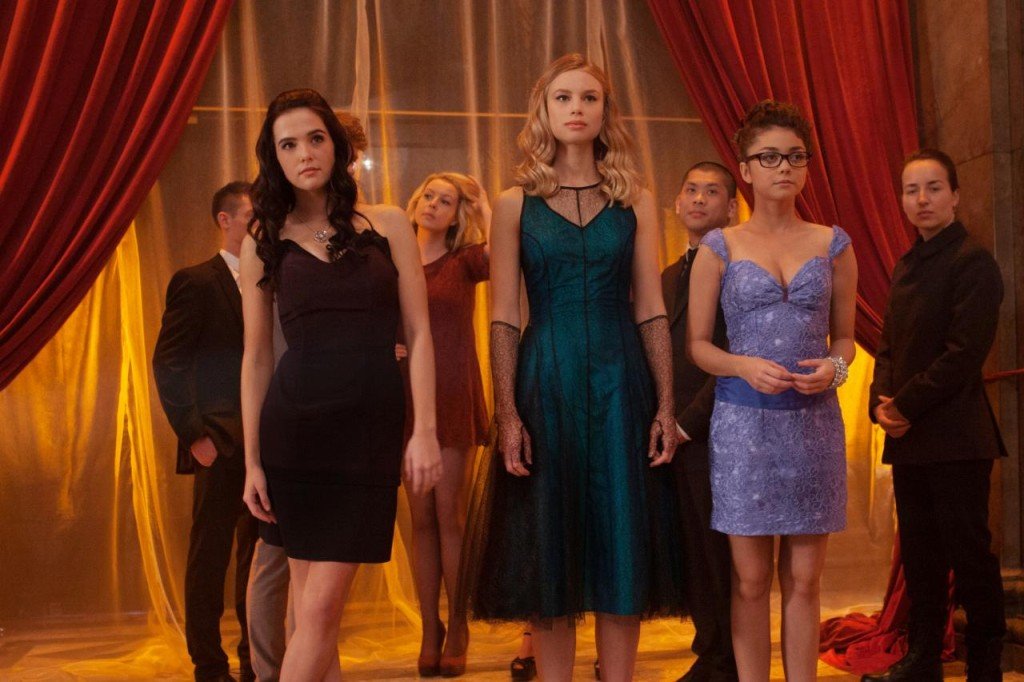 Assuming that the film is trying to speak to young adults in some way, shape or form, about the perils of growing up, “Vampire Academy” is a misfire on just about every level, leaving even grown-ups like me with the feeling that I’d just watched some bizarre, misinformed after school special. It’s tough to imagine writer Daniel Waters churning out a script so flavorless and lacking in originality, having penned something as clever as 1988‘s dark comedy “Heathers”, which was a surefooted, sharp-witted satire. “Vampire Academy” has no such confidence in the material, as if it were conceived by a group of older folks trying to impress their grandchildren by showing them how up-to-date they are. Even grade schoolers will gag at the awkward mix of sappiness, tired pop culture references and crappy fight choreography.

Based on the first of six books by Richelle Mead and directed by the other half of the Waters team, Daniel’s brother Mark (“Mean Girls”), “Vampire Academy” focuses on 17-year-old friends Rose Hathaway (Zoey Deutch) and Lissa Dragomir (Lucy Fry), two fledgling vampires who prefer life outside of their rigid school environment. All they want is to acclimate into regular society, like so many vampires do these days. Unfortunately, that’s not an option; after managing a year in hiding, they’re wrangled and brought back to St. Vladimir’s, an ancient institution located somewhere in the vast expanse of Montana. 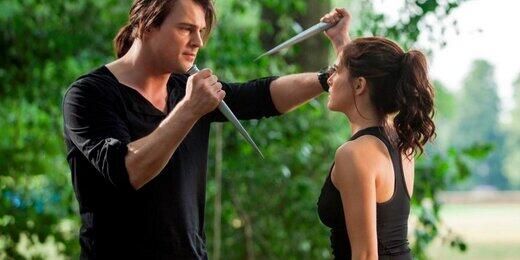 Here, it seems their destiny is carved in the stone (and I think I might mean that literally). Rose, a Dhampir, is one of the half breeds. She and others like her (daywalkers who prefer cheeseburgers over blood) are groomed to protect the Moroi, the subspecies to which her bestie Lissa belongs. The Moroi are your basic “TV friendly” breed of vampire, as we’ve become so accustomed; they feed off of willing humans (as we see in what a narrating Rose calls the compulsory “cafeteria scene”, in which one of the human participants is said to be a writer of “Twilight” fan fiction – even that joke is ruined by a poor delivery) and can tolerate sunlight, even though they’re not exactly fond of it. The two share a psychic bond, where Rose can see through Lissa’s eyes, but has no control over where and when it happens. This typically occurs when Lissa is being courted or threatened, though it’s often tough to tell the difference between the two as various guys mysteriously float about like they’re in a cologne commercial. 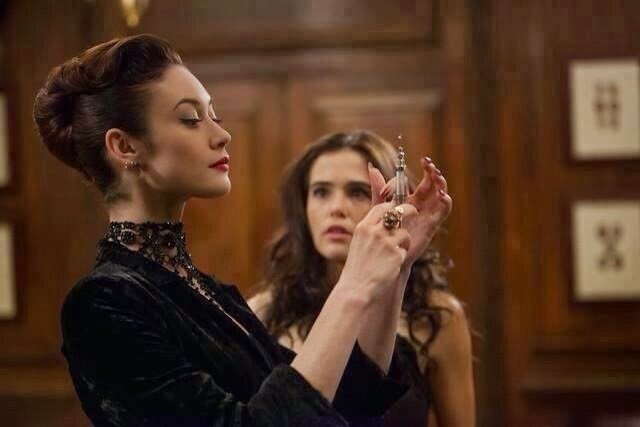 Despite some exposition-heavy dialogue that seems like it was designed so a 10-year-old could follow it, the plot still manages to become convoluted. The gist is that there’s an imminent threat within the walls of St. Vlad’s, or so Rose believes, and it’s seemingly connected to sinister headmistress Kirova (Olga Kurylenko), who, as she states, wants to make sure the girls “don’t have any fun”. She succeeds, for the most part, but I can just about guarantee they’re still enjoying themselves more than most viewers will. This  action/fantasy film is clearly intended to be tongue-in-cheek, but any number of shows on the CW Network do a better job of balancing humor with a story that is ultimately meant to be taken seriously. When it boils down to various love interests  (and honestly, I kind of lost track of who was crushing on who), it’s just abject silliness, with cardboard characters spewing terrible dialogue. And I mean terrible. I could go on and on about Rose’s flirtation with her mentor Dimitri, (played by Danila Kozlovzky ; you could probably milk Fabio for more acting range), but I might save it for my Worst Films of 2014 blurb at the end of the year (candidates are racking up pretty quickly).

If you’ve seen the preview, you might notice that I’ve left something major out of the review thus far. It’s the only interesting part of the film: the immortal, red-eyed, bloodsucking night crawlers known as the Strigoi, who it seems are being saved for future installments. I wanted to see more of those guys. But the Weinsteins are going to need to cast a spell of their own on audiences if they expect this series to go any further than this chore of a movie.