Posted by Michael Parsons on January 16, 2014 in Movie Reviews / No Comments

The ongoing political situation in Egypt has called for unthinkable sacrifice from its people in order to effect change, as we’re shown from ground level in Jehane Noujaim’s unflinching documentary “The Square”, which spends the better part of three years shoulder-to-shoulder with everyday Egyptians fighting for their fundamental freedoms. 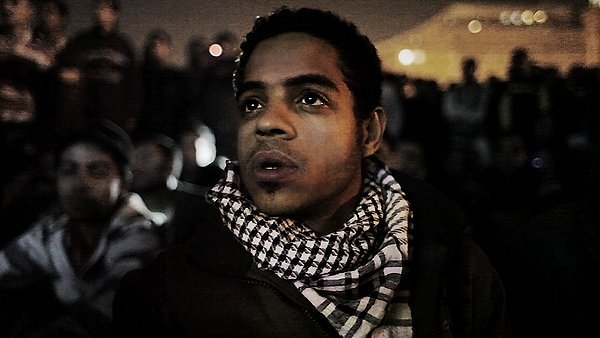 In January 2011, millions of Egyptians set aside their religious and political differences to publicly demand the resignation of president Hosni Mubarak, who’d been in power since the assassination of Anwar Sadat three decades earlier. It worked – Mubarak left office in February, leaving the military in charge of the country’s affairs until a new presidential election could be held. The revolution didn’t really end there, though – people continued to protest and fight back against the military during the interim period, which lasted about a year – and, as if they’d cut the head off of a Hydra, the Muslim Brotherhood’s Mohamed Morsi took office in 2012. A religious fascist regime replaces a military dictatorship.

“The Square” is about what happened in the trenches during those years, and Noujaim observes the events from ground zero; Cairo’s Tahrir Square, which has become a symbol of democracy and solidarity during an oppressive government rule, is a place where people fight for a common cause, the only cause, really – their basic human rights. Noujaim’s lens goes places that you rarely even see on the news, and yields some footage that will instill in the minds of its audience the dire reality of Egypt’s ongoing plight, both in horror and in triumph. 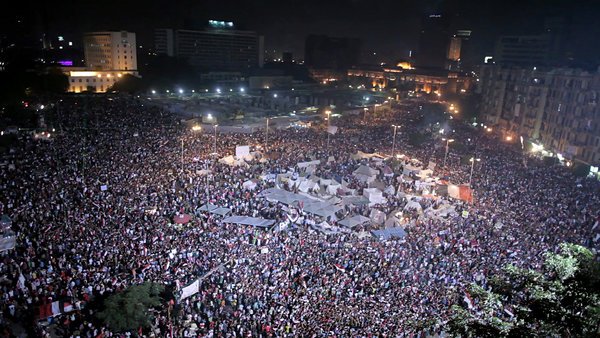 “The Square” goes even deeper than that, however, into the personal lives of a handful of stalwart revolutionaries, following a twenty-something Ahmed Hassan as he goes from seemingly unbreakable to dangerously fragile and back again. He hides injuries sustained from a run-in with the military to avoid worrying his mother and struggles to maintain a friendship with Magdy, a member of the Muslim Brotherhood who he met during the anti-Mubarak movement. Magdy is a family man who supports the new president seemingly out of pressure from his organization and is torn between two worlds. Khalid Abdalla, a British-Egyptian actor (who you might recognize from films like “The Kite Runner” and “United 93” ), is a media-savvy figurehead devoutly committed to social justice, regularly and angrily reporting the state of affairs back to his father, a man who was once imprisoned in Egypt now living in London. Ragia Omran, an Egyptian human rights lawyer, fights to provide autopsy reports for the families of people who’d been run over by tanks during a military attack on a peaceful protest; one very disturbing image of such a victim might literally take your breath away.

“The Square” fully realizes a community that has come together in increasingly desperate circumstances.  Though history doesn’t typically give out happy endings, this documentary wraps on a relatively good note; after only a year, in the summer of 2013, Morsi was removed from office when an unprecedented number of people demonstrated outside the presidential palace in Cairo. A sweeping aerial view of the adjacent streets and bridges shows almost no visible pavement amidst a sea of protestors, giving us perspective both on the magnitude of the problems in Egypt and of the bond between the people who are willing to risk their lives to change them.

“The Square”, which just was nominated for an Oscar, opens in select theaters (including the West End Cinema in Washington, DC) and is available on Netflix on January 17th.