Posted by Michael Parsons on January 10, 2014 in Movie Reviews / 1 Comment

Considering she’s garnered seventeen Oscar nods and three wins over the last three decades, it seems kind of cliché to mention Meryl Streep as a Best Actress contender during awards season. Her portrayal of Violet, the manipulative, maniacal Weston family matriarch in “August:Osage County”, makes it pretty difficult not to, though; the pill-popping, bile-spewing, cancer-afflicted curmudgeon is as worthy of recognition as just about anything in Streep’s catalogue. So it’s a wonder how the film, which also boasts one of the most impressive ensemble casts of the year, doesn’t quite measure up to the universally outstanding performances. 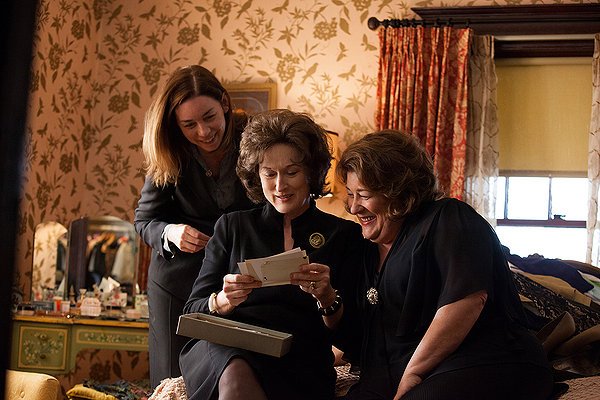 When Violet’s daughters Barbara (Julia Roberts), Ivy (Julianne Nicholson) and Karen (Juliette Lewis) reunite at their childhood home in Oklahoma to support  their mother after their father goes missing, it quickly becomes apparent why everyone has gone their separate ways. Violet is a vindictive drug addict on a verbally abusive rampage, awaiting her final round of chemotherapy treatment – but it’s tough to feel sorry for her. She chain-smokes, consumes opiates like they’re vitamins and is brutally critical of the only people who care about her. She tells Ivy, the only one of her girls who’s decided to stick around Osage County, that she looks frumpy because she doesn’t wear any makeup. How is she supposed to find a man looking like that in her forties? And when the rest of the family shows up, Violet seems intent on dragging everyone into her hell, spreading her psychological poison like a venomous snake. 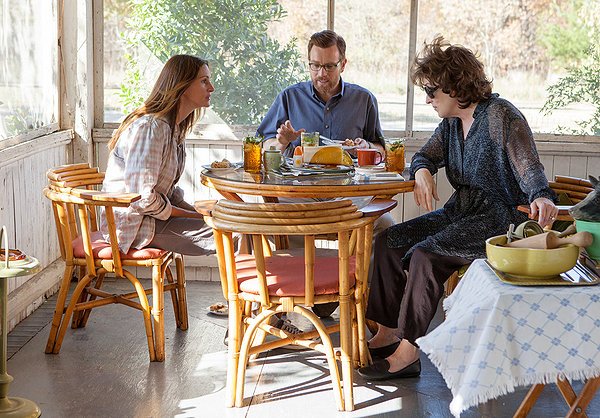 It’s no wonder that her husband, a soft-spoken intellectual type (played in a fleeting appearance by Sam Shepard), couldn’t take it any more. His body is found in the water, thought to be a suicide. At the beginning of the film, while he’s passing some wisdom on to the new live-in caretaker he’s hired (Misty Upham) right before disappearing, Violet bursts in with an arsenal of expletive-laden insults. “I almost neglected the punchline”, Shepard tells Upham’s reserved Johnna of his abrasive wife. “ She has mouth cancer”.

And it turns out that Violet isn’t the only one with issues, despite living in a pharmaceutical haze. During the funeral dinner, she erupts into truth-telling mode – and all hell breaks loose. Barbara’s marriage to Bill (Ewan McGregor) is failing, and their 14-year-old daughter Jean (Abigail Breslin) is at the peak of a passive-aggressive rebellion against them. Ivy is secretly dating her first cousin “Little” Charles (Benedict Cumberbatch), a sensitive, self-conscious man, who is constantly berated by his mother, Violet’s sister Mattie Fae (Margo Martindale). His adoring father (Chris Cooper) is at the edge of his patience with 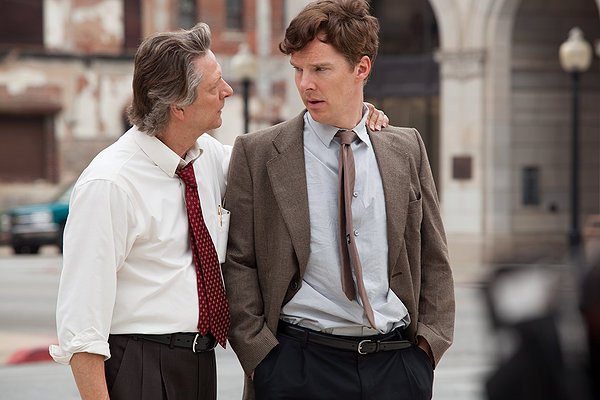 how Mattie Fae treats their son, but is clueless to her real reason for doing it. And Karen’s new fiancée (Dermot Mulroney), a sleazy, thrice-married business tycoon with all the tact of a high school senior, has an unhealthy fixation with Jean. Even Violet’s dead husband has skeletons in the closet.

Tracy Letts’ script, which he adapted from his own play (as he did with 2011’s “Killer Joe”), offers very little in the way of resolution, and director John Wells’ fascination with family dysfunction is as palpable as that of an auto enthusiast about to rebuild a junked classic. But Wells, who’s worked his way around an even more screwed-up family in the twisted Showtime series “Shameless”, doesn’t intend to repair anything or to compromise Letts’ relentlessly downbeat story, which is fully committed to dragging us through the Westons’ emotional Cuisinart. Streep’s ability to evoke disdain for her character while sporadically calling on our sympathy packs quite a wallop; is Violet inherently mean-spirited, or was she gradually embittered by illness and drug addiction? The film mostly suggests the former, though tearful recollection of her childhood gives the character a much-needed soft spot. Regardless, her kids have taken the brunt of her pain; Roberts gives her best performance in years and  Nicholson, whose career highlights you’ll find mostly on the small screen (“Boardwalk Empire”, “Masters of Sex”) is deeply affecting. “August: Osage County” is an often infuriating, intermittently funny, though ultimately dispiriting experience that might leave you struggling to grasp its purpose. With all that said, I appreciated the film more upon second viewing, as I was able to enjoy it purely for the acting.