Posted by Michael Parsons on August 16, 2013 in Movie Reviews / No Comments

In a given year, it would take the average person about 180 hours (that’s about a month’s worth of work hours or precious sleep that we’d need to sacrifice) just to keep current on the privacy policies and practices of companies like Facebook and Google. It’s no wonder we tend to click “I accept” so blindly, even if we’re inclined to think there’s something pretty important hidden in all that legal mumbo jumbo. 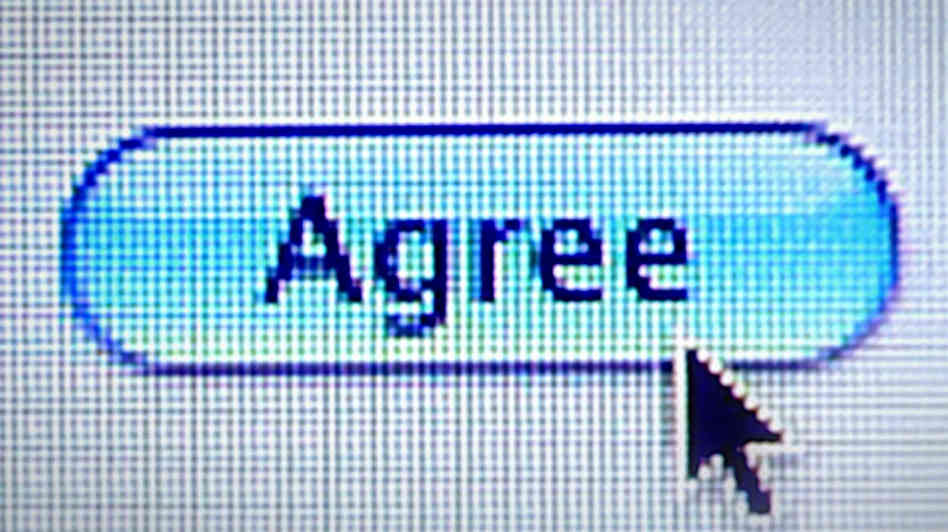 So what, exactly, are we agreeing to? “Terms and Conditions May Apply”, the new documentary from director/producer Cullen Hoback (2010‘s “Friction”), tells us what many people already believe – that we’ve “clicked” our way to total transparency. Aside from common knowledge and in a few cases common sense, this smart, succinct, often scary compilation of statistics, interviews and stories has plenty of shocking details to bolster its  point: privacy, as we know it, is done.

Though this is at least partially  – and perhaps ironically – due to our willingness to share such intimate details on the internet in the first place, it’s unlikely that the average user of Facebook, for example, would be aware of every change made to the network’s privacy policy. In fact, with the way that these changes so quietly occur, even the bigger revisions have gone unnoticed by most. As evidenced in the film, it’s companies like Facebook – the founder of which has several rather unflattering appearances (the most memorable of which is an awkward interaction between Zuckerberg and Hoback in the final scene) – that bank on the fact that most people will dismiss pages upon pages of fine print as mere formality. Never has the phrase “the Devil is in the details” been so relevant.

Years after the Total Information Awareness initiative was quashed (which bore the sinister looking logo you see to the right), social networking has become the Federal Government’s primary source of collecting data, and according to the film, performs essentially the same function as that “defunct” program did. Hoback focuses on the word “prevent”, which is now mixed in with more common policy language like “We May Change These Terms at Any Time”; in one instance, information is used to apprehend a group of actors for simply thinking about staging a peaceful protest. A clip included from “Minority Report”, a futuristic film in which crimes are thwarted before they even happen, reminds us that what we once considered science-fiction isn’t so far-fetched any more. If only Orwell were alive today. 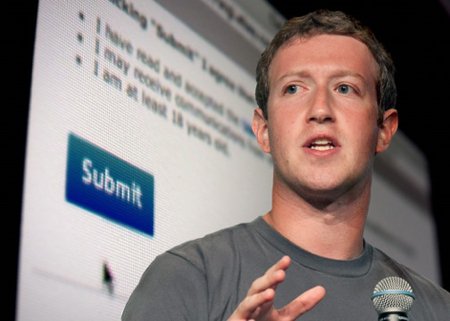 As with the protestors, the film’s most interesting and terrifying moments are the ones that recount ordinary people being affected by this surreptitious corporate-government data sharing. Though sprinkled with humor – something the rest of this documentary is not exactly brimming with – these situations suggest a future where the very definition of “privacy” has been revised. A stand-up comedian who posted a quote from “Fight Club” on his page gets a visit from a S.W.A.T. team later that day. A similar thing happens to a twelve-year-old boy who shared genuine concerns for the President’s safety in the wake of Bin Laden’s killing. Another interview recalls a man visiting from the U.K. who is detained in Los Angeles for several days because of a cheeky Tweet (a short message sent via the social medium Twitter) that he made to a friend prior to boarding his flight.

How little are we paying attention? In one instance, a company called Game Station actually revised their policy for one day to include the rights to the “immortal souls” of its users. Funny at first , but look at what it proves. “I Accept.” Are we protecting ourselves or condemning ourselves? If they’re watching us, who’s watching them? “Terms and Conditions May Apply” might be considered cautionary if it didn’t  suggest that it’s already too late .