Posted by Michael Parsons on July 18, 2014 in Movie Reviews / No Comments

In between long stretches of incomprehensible stupidity and lazy writing, we actually get some laugh-out-loud moments in “Sex Tape”, a relatively sexless but otherwise self-explanatory comedy that is no better or worse than director Jake Kasdan’s last movie, the similarly unambiguous “Bad Teacher”. It’s a shame, because most films like this — Apatow-era adult comedies that is — would be much funnier if they toned it down a notch and ditched some of the faux-improvisational dialogue that drags out like an errant “Saturday Night Live” sketch. “Sex Tape” might do the trick when you’ve exhausted all other On Demand options on a lazy Friday night, but it’s hardly going to go down in the annals of the funniest adult comedies of the decade. 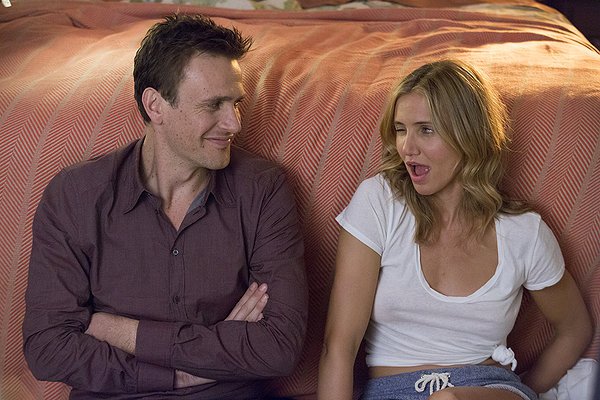 Kasdan rejoins “Bad Teacher” stars Cameron Diaz and Jason Segel as Annie and Jay, a married couple who, while struggling to rekindle their sex life after two kids and burgeoning careers, decide to record themselves trying every position in “The Joy of Sex” on Jay’s iPad. After Jay neglects to erase the video, a comical three-hour ordeal that we get glimpses of later on, he receives a mysterious text message that alerts him to the fact that he has inadvertently synced his device with a number of others iPads that he’s given out to family, friends — and yes, even the mailman — as gifts. This is a mistake that nobody would make unless they’d just suffered blunt-force trauma to the head, but hey, it’s the premise on which the entire film is based, so let’s just go with it.

One of the parties unknowingly in possession of the video are Jay’s best friend Robby (Rob Corddry) and his wife Tess (Ellie Kemper), who after learning of their friend’s conundrum, insist that they tag along to help Annie and Jay retrieve another iPad that Annie had given to Hank (Robe Lowe), the CEO of a puritanical company that is about to make a “meaningful offer” on Annie’s mommy-oriented blog. Unprepared for what they’re going to say when they get to the front door of Hank’s palatial estate, the couple discovers that Mr. Wholesome is actually a coke-snorting narcissist who prefers Slayer and gangsta rap over John Denver. 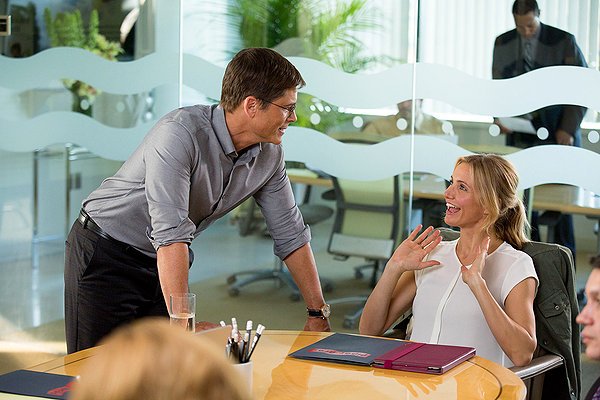 “Sex Tape” is weighed down by unnecessarily silly dialogue, sillier, overly manufactured situations and the complete absence of logic, as the solutions that Annie and Jay come up with for their escalating problems lack the basic common sense of a pre-schooler. Though peppered with unexpected hilarity, it all seems very arbitrary; if you throw enough sight gags at an audience who have paid to see a movie called “Sex Tape”, something’s bound to stick.

It’s hard to recall how many times I went from hating this film to laughing at it to hating it again — especially during the drawn-out scene at Hank’s house, as Annie ends up snorting lines of coke while Jay finds himself fleeing from a German Shepherd, and later with one of the dumbest conclusions I’ve seen since last year’s “The Internship” — but I think it’s safe to say that Segel and Diaz, who actually work pretty well together, could have done a lot better. What’s most disappointing is that this brand of comedy has become so flavorless and predictable.

The supporting cast is good for a few laughs, but Lowe is the highlight here as Hank. His character’s self-obsession, as well as an odd fixation with Disney characters that is apparent in some pretty disturbing artwork in his house, is like Patrick Bateman-lite. Rob Corddry is always 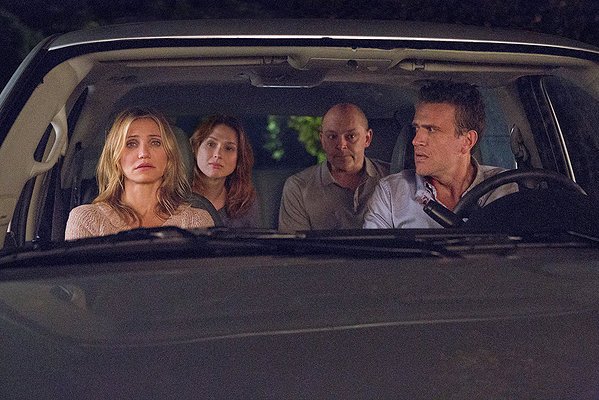 Segel co-wrote the film with Kate Angelo and “The Five-Year Engagement” penner Nicholas Stoller. At times, this scattershot comedy shows glimpses of more grounded films like Apatow’s “This is 40”, at least when the kids (Giselle Eisenberg and Sebastian Hedges Thomas) are involved, but too much of it is spent watching the couple doing idiotic things. Couldn’t this thing have been resolved if they acted like grown ups? Are we supposed to believe that their marriage is going to get repaired by all of this? Do we even care any more? Ultimately, “Sex Tape” plays like “Date Night” with a few naked butts and a lot of colorful language thrown in, if that answers the question.