Joe might be the character that Nicolas Cage was born to play, and “Joe” might very well be the film that David Gordon Green was born to direct.

Like tumblers aligning in a lock to unleash a creative synergy, their varied careers seem to have crossed paths at just the right time. In this emotionally charged, surprisingly unsettling time-bomb of a film, Cage revisits the depth, charisma and stifled rage that made his characters of the ’90s so memorable. It could be his best dramatic role since 1995’s “Leaving Las Vegas”, and I hope it’s the beginning of a new career trend for him. 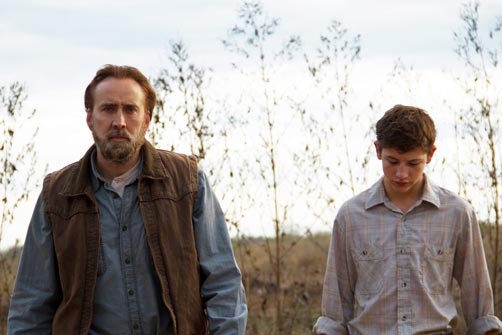 Green, too, seems to have hit his sweet spot, now that he’s returned to his dramatic roots. He’s best known for directing comedies like “Pineapple Express” and “The Sitter”, though you’d never know it from watching this or 2007’s “Snow Angels”.

While at first it resembles Green’s last film, 2013’s more meditative and ethereal “Prince Avalanche” with its slice-of-life angle and meandering storyline, “Joe” takes a turn to the darker recesses of human nature, navigating the hardships of a depressed economy, chemical dependency and domestic abuse with unflinching resolve, eventually revealing itself as a harsh but insightful tale of sacrifice and redemption. It is surprisingly shocking at times but always with purpose.

Adapted by Gary Hawkins from Larry Brown’s 1991 novel, the film centers on a troubled ex-con (Cage) whose simple life in a rural town gets complicated when he befriends a 15-year-old boy (Tye Sheridan) who has an abusive alcoholic father (Gary Poulter).

It’s a classic storyline, not that dissimilar to Sheridan’s last film, “Mud”, in which the boy discovers a fugitive (played by Matt McConaughey), but where that film felt more like  a Mark Twain novel, “Joe” embraces the grim realism you might find in something imagined by Cormac McCarthy. In both films, Sheridan plays a tough, independent kid, but here, he’s forced to make decisions that no teenager should have to make (including potentially having to kill someone to protect his family). 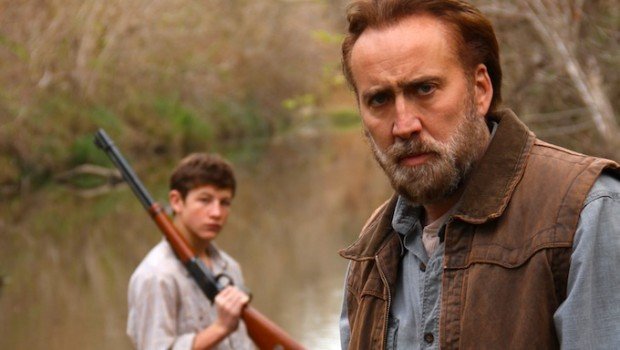 Rewinding a bit – with his drunken deadbeat father in tow, Sheridan’s Gary comes to Joe, Cage’s stoic ex-con, for a job. Joe runs a small contracting outfit leveling trees for land developers. He takes the kid under his wing, but resists the urge to intervene in his family affairs, even when he sees the kid getting slapped around by his dad.

Of course, Joe has his own issues, which are left mostly ambiguous in the movie. He swills whiskey and indulges himself in a backwoods brothel by night. He’s portrayed as an honest man, friendly with the local police chief and folks in town,  though he is harboring some pretty hefty demons. Joe would rather stave his swelling aggressions with sex and booze than by beating the crap out of the asshole at the bar and ending up back in jail.

As it happens, Joe’s anxiety is exacerbated by Willie (Ronnie Gene Blevins), a scumbag who has it out for him over some petty altercation, and things eventually come to a head. His inner badass emerges, like some kind of werewolf finally succumbing to his affliction. And this is where Cage returns to greatness.

Sheridan is also phenomenal in his role – not surprising, and we’ll expect a long and illustrious career from  him – and Poulter, who’s had a very unusual route to stardom, takes the role of his vodka-soaked father to a different level of evil.

“Joe” is a movie as much about humility and kindness as it is about violence and revenge, brutally forthright with its message yet somehow gentle in the final hand-off. David Gordon Green has by far and away made his best film – I look forward to him trying to top it.