Lots of unattainably expensive vehicles being smashed, flipped, and propelled into the air. Lots of reckless behavior endangering the lives of civilians on the streets, all for the sake of winning a (very large) bet, culminating in a tragedy that spawns a revenge plot, more reckless behavior, and a cross-country race against time that puts countless more people in harm’s way. 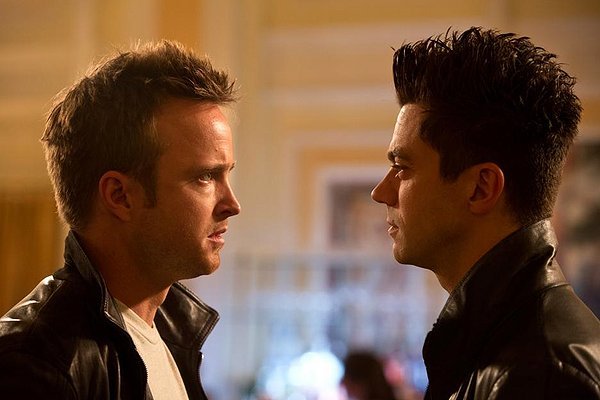 In the film’s opening race, in which participants navigate the streets of a small upstate New York town at Indy car speeds, a homeless man gets his shopping cart blasted out from in front of him and is only spared because the writers wouldn’t want us to hate the film’s main protagonist (Aaron Paul of “Breaking Bad”), which we certainly would have if he’d splattered this already unfortunate soul all over the sidewalk. Hey, at least they get a good laugh out of it. And there’s plenty of other nonsense that you might expect from a racing movie adapted from a video game, if you expected much of anything from it in the first place.

While you definitely need to put your brain on cruise control for “Need For Speed”, a two-plus hour test of patience for mindless characters who seem to think that they’re operating inside some sort of magic bubble and a script that seldom makes any sense, the filmmakers behind it are anything but inept when it comes to giving their target demographic exactly what they want – fast, exotic cars and plenty of big, spectacular crashes. In fact, some of the racing sequences are so exciting and well-choreographed that I was tempted to forgive some of the painful melodrama, inexplicably silly sidebars and almost complete absence of logic that makes up the story from brothers George and John Gatins. Recent history has shown that when you get a career stuntman in the director’s chair, in this case Scott Waugh, who made 2012’s divisive but unquestionably one-of-a-kind war film “Act of Valor” (the cast was comprised of actual active-duty Navy SEALs), you tend to wind up with a movie driven by practical special effects rather than a barrage of CGI.

And that’s exactly what saves “Need For Speed” from being total garbage – the palpable sense that cars are actually crashing, jumping, spinning and skidding through the streets, even when most of the events transpiring on-screen seem virtually impossible. Being saddled with such nauseatingly dull dialogue and some terribly annoying characters, however, Waugh’s technical prowess and hands-on technique are all but wasted on a film that is mostly a chore to watch. 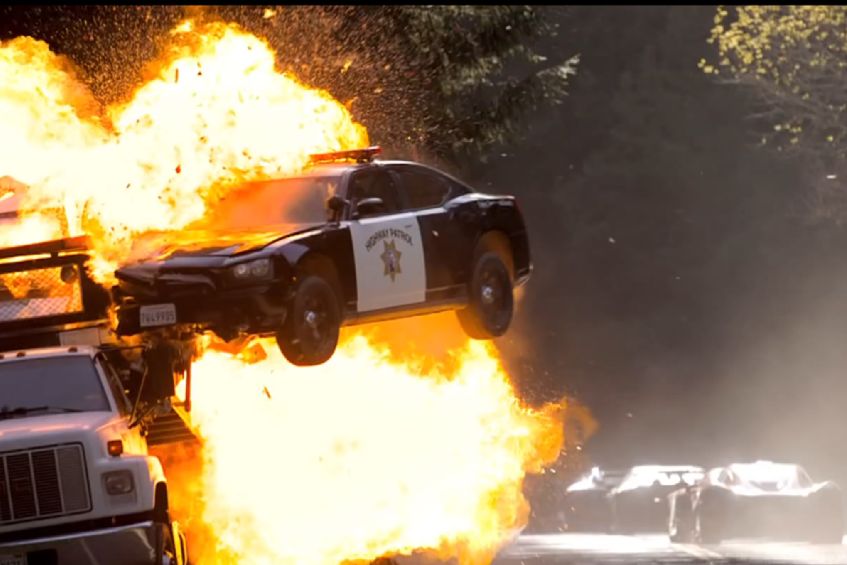 Aaron Paul plays gifted small town auto mechanic and local street racing legend Tobey Marshall, an otherwise regular guy who takes an offer he can’t refuse from wealthy ex-Indy racer Dino Brewster (Dominic Cooper, “Abraham Lincoln: Vampire Hunter”), which is to finish building the Mustang that was in mid-development when legendary auto designer Carroll Shelby died. It’s all about the money – $3 million, to be precise – and testosterone gets everyone in trouble, including Tobey’s  protégé Pete (Harrison Gilbertson, “Haunt”), who might as well be wearing a shirt that says, “My impending death will reignite a decade-old rivalry between these two bozos”. As expected, his demise is perpetrated by Brewster in an act that might be equated to a pre-schooler getting jealous over a toy at the playground (though the character quickly develops into some sort of sinister mastermind). 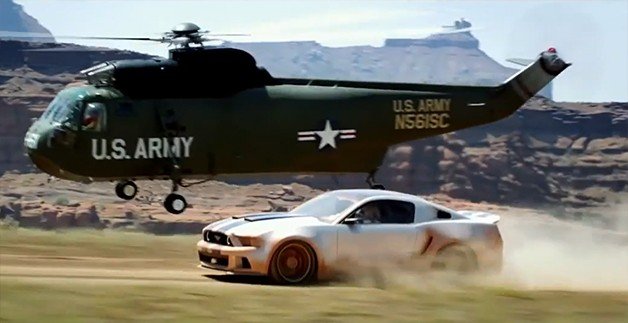 “Need For Speed” doesn’t deserve the majority of its cast, most notably Paul, who seems to vacillate between a brooding James Dean type and an irreverent prankster. Anyone who’s followed “Breaking Bad” will know what he’s capable of, and by comparison, this role seems phoned-in. Imogen Poots, (“That Awkward Moment”) plays the auto-savvy Julia, who rides shotgun for most of the film, and though it’s a pretty silly character, manages to be more of a sidekick than a damsel in distress. Hip hop star Scott Mescudi (the upcoming “Two Night Stand”) plays Tobey’s wisecracking eye-in-the-sky Benny, who manages to procure several different types of aircraft along Tobey’s journey, once just in the nick of time to carry his car off of a cliff with an Army helicopter (it’s even more ridiculous than it sounds).  And do we really want to see an actor as immensely talented as Michael Keaton in another silly throwaway role? Not me.

With all that said, it’s a good thing that there’s a warning at the end credits not to attempt any of the stunts performed in the film, because I’d be lying if I said I wasn’t tempted to push my mini SUV to the limit on the way home from the theater.