Posted by Michael Parsons on March 23, 2014 in Movie Reviews / No Comments

The first chapter in the newest pre-planned trilogy based on a series of young adult action/fantasy novels, “Divergent” has the advantage – or disadvantage, depending on how you look at it – of filling the void between “Hunger Games” movies, with an ostensible aim to capture an audience that just can’t wait until November to see Katniss Everdeen in action again. Striking while the iron is hot, Summit Entertainment seems to have plenty of faith that the film will perform well, having already announced its two sequels, which are slated for release in 2015 and 2016. 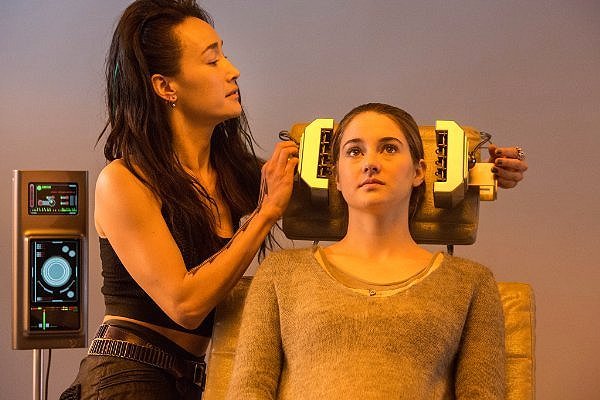 But being in such close quarters with the aforementioned box office juggernaut, the film’s weak spots are a lot more glaring than they would have been otherwise – perhaps an unfair comparison, but one that audiences are likely to make – and “Divergent” sometimes feels like it’s going through a checklist of prerequisites that were determined by a focus group to appeal that demographic.

Nevertheless, “Divergent” is a respectable introduction to the series, one that has plenty of room for improvement (which I have a feeling we’ll see in the sequels) but that is far from a disaster, and director Neil Burger (“Limitless”) knows how to make things relatively interesting, even when the script (by Evan Daugherty and Vanessa Taylor, adapted from the novel by Veronica Roth) lags under the burden of having to set things up for the next two installments. 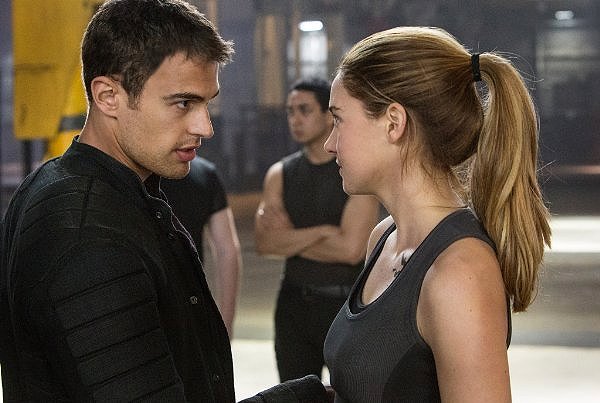 Our new heroine on the block is Beatrice Prior, played by talented up-and-comer Shailene Woodley (“The Descendants”), who manages to carry the film despite it being debatable whether or not she’s right for the role. Beatrice – or ‘Tris’, which she later changes it to – is having a tough time figuring out where she fits in, and the subtle realism of internal conflict is where Woodley excels. But the context in which her struggle takes place requires her to transform from girl next door to “Matrix”-level badass, and somewhere during that transition, Woodley seems to get in a bit over her head. 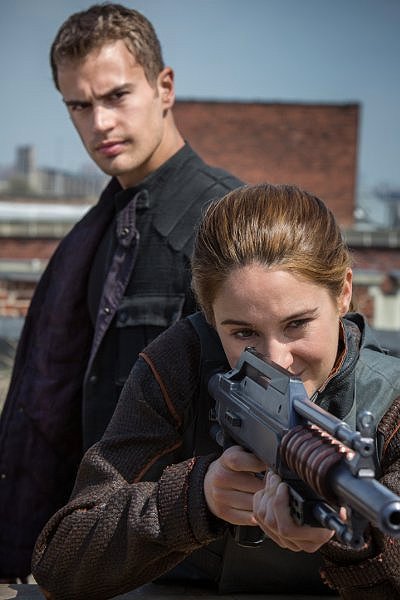 The setting is a post-apocalyptic Chicago, which has been divided into five factions to keep things running smoothly, each one representing a necessary component of a functional society (think of a simplified version of the game “Civilization”), but most of all serving to boil things down into a handful of stereotypes. Amity, the farmers, are peaceful hippies who spend their days in the fields. Candor are the honest ones, Erudite the intellectuals. Dauntless are the fearless soldier-types who protect the city and dash around like a 24-hour parkour demonstration, wearing fashionable military grade clothing and sporting all manner of body art. We don’t know exactly what they’re protecting the city from, but the massive fence that surrounds it suggests that it’s bad.

Tris was born into Abnegation, the altruistic governing faction, where her father (Tony Goldwyn) is the right arm of Marcus (Ray Stevenson), their leader. Your place in this caste system is determined by a test that goes into your mind and figures your personality out for you, though ultimately, you’re allowed to make your own decision about where you want to be at the Choosing Day ceremony. But if you opt out of the group you were born into, you never get to see your parents again. Even worse, if you don’t fit into any of these very distinct categories, you become “factionless” and get to live your life in squalor.

Unless, of course, you are Divergent like Tris, whose results come back inconclusive. Divergents are people who think outside of the box, at one point in Tris’s case quite literally, and are considered a major threat to society, at least according to the reigning dictator, played by Kate Winslet (a cardboard villain very similar to Jodie Foster’s role in last year’s “Elysium”). She seems to be everywhere, all the time. 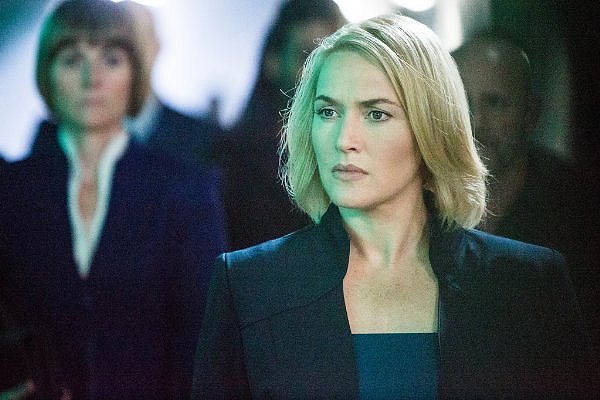 Tris is able to overcome her fears in her dreams, and apparently that applies to the real world, too, where if you’re not a farmer, a lawyer or a soldier, you must be some kind of an anomaly. With her results scrapped by the test administrator (Maggie Q) for reasons later explained, Tris decides to join Dauntless, which has a subterranean fortress outfitted like Quantico. There she befriends Christina (Zoë Kravitz) and obvious love interest-to-be Four (Theo James), who has a few secrets of his own (though they’re all painfully obvious).

The rest of the cast is hit or miss. Jai Courtney plays almost the same character that he did in  “I, Frankenstein” earlier this year, but instead of a shape-shifting Gargoyle, he’s an unintentionally comical combat instructor with a hairdo straight out of “The Fifth Element”. Shailene Woodley’s “The Spectacular Now” co-star Miles Teller plays the arrogant shitheel Peter, a lingering annoyance who becomes her nemesis during their training (this sort of character seems to be Teller’s niche). Ansel Elgort, Woodley’s counterpart in the upcoming drama “The Fault in Our Stars”, is charming as Tris’s brother Caleb, a member of Erudite whose allegiance is tested when events culminate in a massive government conspiracy.

Most of the storyline involves Tris’s metamorphosis, which gets us well acquainted with the character. Things get dicey when she needs to step up her game in order to pass a series of tests without revealing her true nature (because Divergents are killed on sight, as we witness). The film moves toward the expected pivotal moment, and with it, the inevitable confrontation between key characters, without very many surprises along the way, but the action sequences are engaging enough and focal characters likable enough to elevate “Divergent” slightly above mediocrity. Cinematographer Alwin H. Küchler  gives us a lot to look at with sweeping views of the ruined city, at times comparable to the impressive visuals in last year’s “Oblivion”, and a soundtrack heavy on teen-angsty ballads oozing with sentimentality lends a distinct, surprisingly ethereal quality to the proceedings.