“Jumping from failure to failure with undiminished enthusiasm is the big secret to success.”

With these words, physicist Savas Dimopolous describes the scientific method in a nutshell. There are few fields in which failure is met with almost as much zest as success, owing to the fact that data can still be culled from said failure. And when success is finally attained in the case of the Large Hadron Collider experiments in Switzerland after years and years of research, building, operational failure, and public embarrassment, it’s quite the cause for celebration.

The new documentary Particle Fever manages to capture key points in the journey towards the biggest news in the physics world for quite some time: the discovery of the Higgs boson. In 1964, theoretical physicist Peter Higgs postulated that in the Standard Model of the subatomic particle, there must be something holding it all together. 48 years later, in 2012, that “glue” was discovered through the experiments run at the LHC, furthering the work of those basing their theories on the existence of the Higgs boson and invalidating a lot of theoretical work running in the opposite direction. 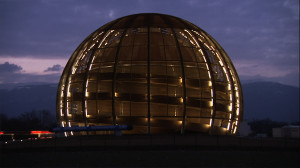 You must understand one thing: the preceding paragraph is written by someone who never did well in science classes. Essentially, what I’ve written was a short summary of what you’ll see in Particle Fever. The film succeeds in making particle and theoretical physics easy enough to follow for the layperson without dumbing anything down; I’d say it’s for everyone who knows of the Big Bang Theory and the popular television show “The Big Bang Theory.” A lot of what gets covered by Particle Fever has also been covered by the press and run in the news, so there’s not really any need for a spoiler alert on where the movie goes.

However, the best thing about Particle Fever is going into the lives of people working on the project and observers hinging their work on the project’s results. These are the people whose quest for knowledge won’t stop for a breather; these are people who are genuinely interested and driven by wanting to know. They await with anxiety and bated breath the announcements of the results, much like some of us wait to hear whether our child is going to be a boy or a girl, or if our favorite band is going to release an album or be on tour this year, or if Robert Griffin III is going to be able to play another season.

Seeing this insatiable hunger for knowledge inspires and delights me to no end; we see the excitement of people working to do something that’s never been done before, almost giddy with childlike glee at potentially discovering something new. Even the folks whose work may have been invalidated show so much happiness at the results. It’s contrary to everything you think about human nature and expected outcomes, and it’s a welcome change from the scowling grrfaces that so often accompany failure. 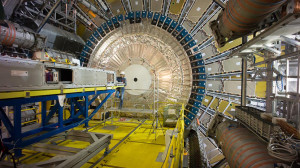 I’ve used the word “failure” a lot in this essay, mostly because of its big role in experimentation. Even for some of the smartest people on the planet, some things don’t work the way they should. The operating history of the LHC is shown, warts n’ all, including the shutdown that occurs 9 days after its initial opening in 2008. The cause? Faulty electrical connections that caused a massive helium explosion and a rupture of the LHC’s cooling system. Particle Fever goes a long way to demonstrate something that Chris Knight said in the film Real Genius: “Sometimes, these small setbacks are just what we need to take a giant step forward.”

Filled with interviews, insights, hopes, dreams, and wishes, Particle Fever is a wonderful showing of how far our brains can take us. From painting on cave walls to chalkboard equations, a lot of our human history has been spent with trying to find out how the world works, where it all came from, and where it’s going. The film is a testament to innovation and knowledge, and it actually has a decent sense of humor about itself. If you want to start learning about the Large Hadron Collider and the experiments that were done, Particle Fever is an excellent way to begin.

Now playing in DC at Landmark E Street Cinema and The Avalon Theatre.