Burn: One Year on the Front Lines of the Battle to Save Detroit

Posted by Michael Parsons on December 7, 2012 in Movie Reviews / No Comments

(This review was originally published on December 7, 2012 at Reel Film News)

In “Burn”, we learn that Detroit firefighters respond to roughly 30,000 calls a year. With some 80,000 abandoned homes, and a city demolition project that will take almost 30 years to complete (at a proposed rate of 3,000 structures per year), very few of these fires are what members of Engine Co. 50 would describe as ‘legitimate’. In other words, arson is what keeps these guys busy. 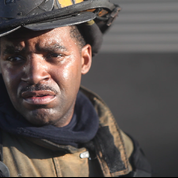 Co-directors Tom Putman and Brenna Sanchez visualize a city beyond crisis, as another documentary called “Detropia” did earlier this year. But where that film focused on the broader financial crisis of what was once a bustling, industry-driven metropolis, “Burn” zeros in on what looks like the most thankless job on earth: saving their town from self-immolation.

Though familiar statistics paint a bleak fiscal and social image of Detroit, you won’t find any quit in the guys at Engine Co. 50, whose dilapidated quarters are the center of this engaging reality piece. A robust population of 1.8 million people in 1950 had been diminished to approximately 700,000 by 2010, leaving behind a veritable ghost town; it’s a place that in many ways could be considered the ‘Wild West’ for these firefighters, and is described during the film as “statistically the worst place on earth.”

And it’s possible. Detroit is plagued with more fires than anywhere else in the country, a staggering fact, considering that the collective number of department employees is currently at half of what it was a half century ago. “I feel like I’m in the burning of Rome,” says veteran Dennis Hunter. 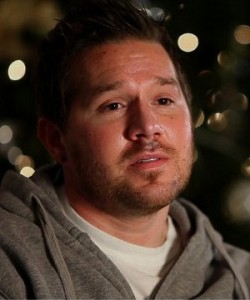 Taking place over the course of a year, the film gets an intimate glance at the personal lives of several people at the firehouse, as well as blistering footage of blazes that range from ‘routine’ to tragic. Brendan ‘Doogie’ Milewski, whose twelve years at E.C.50 was violently interrupted by a collapse in an abandoned storefront, spends most of the film in rehabilitation, paralyzed from his mid-torso down. His sense of humor is appropriate: “You hope in one hand and s**t in the other, and see which gets filled up faster.”

Adding to these inherent hazards is a meager budget that doesn’t allow for replacement parts for their engine (which consistently leaks oil, and in one scene even catches fire), and often leaves them with faulty gear. Assigning blame seems as futile as trying to clean up the city, but the responsibility falls to newly appointed fire commissioner Donald Austin nevertheless, a man whose views on spending and protocol proves controversial.

Much of “Burn” needs to be seen to be believed (there’s a scene in which a hook-and-ladder gets hit by a train), and demands both our respect and sympathy. It gives us an alarming perspective of real-life heroes in a dystopia that is rampant with crime and crippled by poverty. Some aspects of the film are jaw-dropping; the extent to which these guys work, not to mention put themselves in harm’s way, is so extreme it might have otherwise seemed like fiction.