Sometimes it’s difficult to explain why a film speaks to you. “Silver Linings Playbook” is easily in my top five favorites of the year, with Bradley Cooper, Jennifer Lawrence and writer/director David O. Russell all worthy of Oscar nods. This beautifully crafted adaptation of Matthew Quick’s 2008 novel has a rare depth that gives the film its charisma; it’s a sweet, often hilarious piece of work. But there’s also an air about it that is difficult to describe (or maybe it’s just the feeling I had when the credits rolled) that’s compelling me to recommend it so highly. 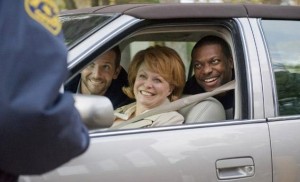 What I find most appealing about Russell (“Three Kings”, “The Fighter”), aside from the controlled madness of his directing style, is that he develops his characters so thoroughly that you can almost predict their behavior. Whether or not we fully understand them, we certainly get to know them pretty well.

Cooper (“The Hangover”) plays Pat, a thirty-something ex-teacher who moves back in with his parents (Robert De Niro and Jacki Weaver) after an eight month stretch in a mental institution. He’s under the delusion that his wife (Brea Bee), whose affair with a co-worker resulted in a violent episode and Pat’s subsequent court-mandated leave, still wants to make things work. A restraining order suggests an unfavorable outcome.

So is he insane or just idealistic? It’s heartbreaking and funny as we find out. The film’s title refers to Pat’s ‘positive thinking’ strategy – in short, “there’s a silver lining for everyone if you work at it hard enough” – which he applies to his daily life as a method of self-reinvention. But the areas in which he is self-aware (he refuses to stay on his meds because they make him ‘foggy’, for example) are overshadowed by his efforts to save a hopelessly broken marriage.

Enter Tiffany (Lawrence, “The Hunger Games”), an enigmatic young woman whose own experience with loss is addressed as matter-of-factly as Pat’s illness. She’s whip-smart and unapologetic for her actions, and it’s apparent that Pat is overwhelmed, if not completely confused, by her presence. Their dynamic results in some brilliant dialogue; he sabotages their potential relationship, instead seeing Tiffany as an opportunity to communicate with his ex-wife. 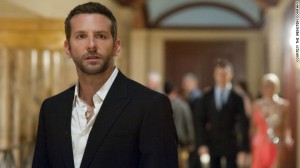 If this sounds at all depressing, it’s quite to the contrary. Russell delves into the theme of mental dysfunction with considerable optimism and levity. While the film deals with a few pretty unpleasant topics, it doesn’t seem to have a cynical bone in its body.

“Playbook” develops with a purposeful awkwardness and never gives us a dull moment. This is Cooper’s best role to date, in my opinion, as well as Lawrence’s, who in retrospect I think might not have been given a script that matched her talent until now.

Like in “Flirting With Disaster”(1996), Russell immerses his audience in comic family turmoil. De Niro plays Pat Sr., an obsessive, superstitious Eagles fan who runs a bookmaking outfit out of the house; Weaver is the resilient, slightly overbearing mother that plays part-time referee between father and son. John Ortiz, Julia Stiles and Chris Tucker also star in the film; Tucker is particularly good as Pat’s off-kilter buddy from the institution.

“Silver Linings Playbook” is consistently funny without ever making a mockery of mental illness. It is remarkably sincere and intelligent. The characters are relatable, especially when succumbing to their respective demons; it depicts heartbreak as a powerful, mind-altering force, not a movie cliché. Could heartbreak drive you crazy? Probably so. But you don’t need to have experienced a nervous breakdown in order to sympathize. Pat’s world is a struggle, and Cooper treats the character’s quest for self-improvement like the emotional roller coaster that it is.

Critics will probably use words like ‘offbeat’ and ‘quirky’ to describe this film. Not me. I’ll save adjectives like that for mildly amusing rom-coms. This, folks, is a great movie.