Posted by Michael Parsons on September 29, 2014 in Movie Reviews / 2 Comments

Denzel Washington has emerged from an early career of incredibly diverse roles to become a staple in the action genre. The ten-or-so-year transition has cumulatively re-defined the term “one man army” as a more conceivable, complex, deeply human character in films like “Man On Fire”, “Book of Eli” and “Safe House” (though those movies as a whole range from good to just mediocre). In what is likely the best of this trend, this weekend’s “The Equalizer”, Washington re-teams with “Training Day” director Antoine Fuqua to play the baddest of baddasses: a man who can dispatch an armed thug with a tree trimmer and cauterize a bullet wound using a blow torch and a brass door knob. He’s Robert McCall, and he works at Home Mart.

This isn’t “Tool Time With a Vengeance”, though Washington could probably make that relatively believable, too. Here, his McCall is a guy trying to lead an honest and simple life and forget his past; he helps a co-worker (an immensely likable Johnny Skourtis) get in shape for a 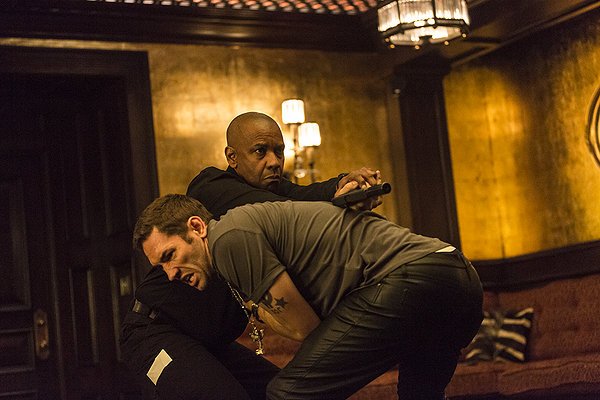 security guard exam, and always gives people the opportunity to do the right thing. But the criminals in Boston are making it really hard for him not to call on his skill set from a previous profession. A visit to old colleagues (Melissa Leo and Bill Pullman) suggests he was CIA black ops or Special Forces or something, but the film never quite specifies and it hardly matters. What does matter is McCall’s unwavering belief in truth, justice and the American way, and the “American way” is quickly being co-opted by the Russian mob.

You’d think that there were tattoo booths instead of X-ray machines at the Moscow airport when the boss sends these guys stateside. In a seedy parlor, McCall sizes up five garden variety cretins, one of whom is responsible for beating a young call girl (Chloë Grace Moretz) within an inch of her life. It’s the first action scene in the film, and all the more effective for its lack of any previous exposition (heretofore, the only things we’ve seen our hero kill are the wee hours of the night burning through “100 books everyone should read” at the local diner), as he predetermines his course of action and announces a 16-second threat-elimination time like Babe Ruth calling his shot. The ensuing fight is a graphic, visceral thrill — and Washington, who’s almost 60, makes it all look plausible.

But those were just small fish, and McCall finds himself in a bloody tactical tango with formidable “fixer” Teddy (Marton Csokas), a calculating monster who delights a bit too much in squeezing the last breath out of a petrified prostitute or pounding in the skull of a 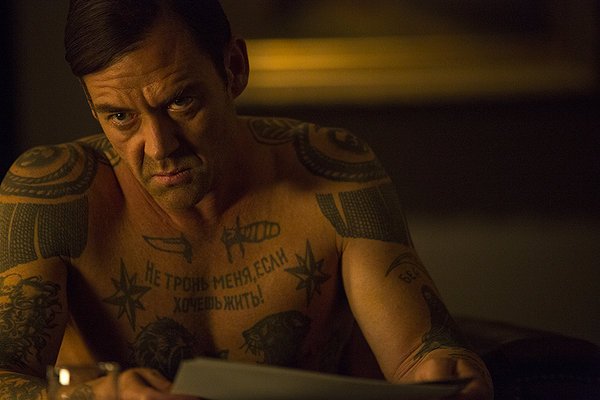 belligerent business associate. Teddy has in his pocket a few corrupt cops, too — the only kind that show up in the film — one of them played by David Harbour, who co-starred as a creepy serial killer in last week’s Liam Neeson thriller “A Walk Among the Tombstones”. (Harbour is delightfully detestable as what McCall describes as a “disgrace to the badge”).

“The Equalizer” is a big step up from your run-of-the-mill action/drama, and worlds better than Fuqua’s last film, the dreadful “Olympus Has Fallen”. This is what at least one of multiple attempts at “The Punisher” should have been. Simple but far from stupid, kinetic but not cartoonishly violent, Fuqua’s loose re-imagining of the ’80s TV series (which starred Edward Woodward), from a script by “Expendables 2” writer Richard Wenk, gives us exactly what we want: a righteous lead character to root for and gruesome retribution in a thrilling franchise-ready package.