As with so many remakes these days, “Brick Mansions” is a watered down version of the original, lacking much of the frenetic drive and finesse that made 2004’s “District B13” so exciting to watch. While it’s by no means a terrible time at the cinema, at least as far as thinly-plotted action flicks go, it reeks of a film that has not only been edited to death in order to achieve its PG-13 rating, but one that is desperately trying to capitalize on a trend that faded out years ago. 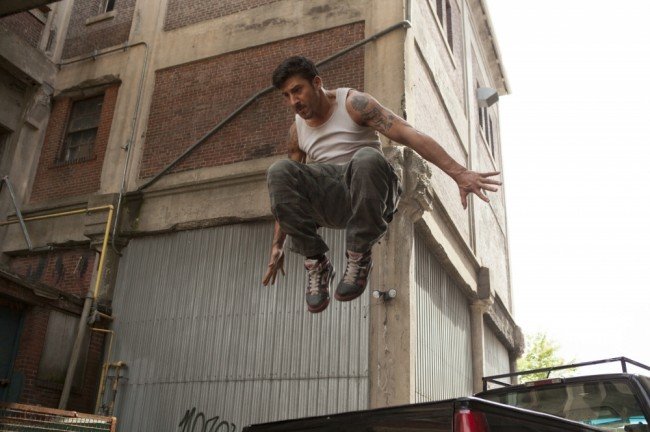 Parkour, that is (also known as “free-running”), seemed to permeate Hollywood after “B13” unleashed it upon the world, finding its way into films like 2006’s “Casino Royale” and 2008’s “Live Free of Die Hard”, among others. But it had all but lost momentum, so to speak, by the time its sequel “District 13: Ultimatum” came out in 2009. So who, exactly, was clamoring for a remake?

To be fair, watching these extremely talented athletes perform physics-defying stunts so gracefully is still exciting, but there’s far too little of it in the American version to differentiate the film much from the handful of hare-brained action flicks that have been released this year. And with Gareth Evans’ relentlessly brutal follow-up to “The Raid” still fresh on the brain, “Brick Mansions” feels as light and fluffy as a Downy ad.

First and foremost the creator of parkour, acrobatic phenom and Josh Radnor look-alike David Belle reprises his role from director Pierre Morel’s (“Taken”) original Paris-based film as the Robin Hood of a walled-in slum know as Brick Mansions, which was once prime real estate in Detroit, now a prison for the city’s least desirable denizens. 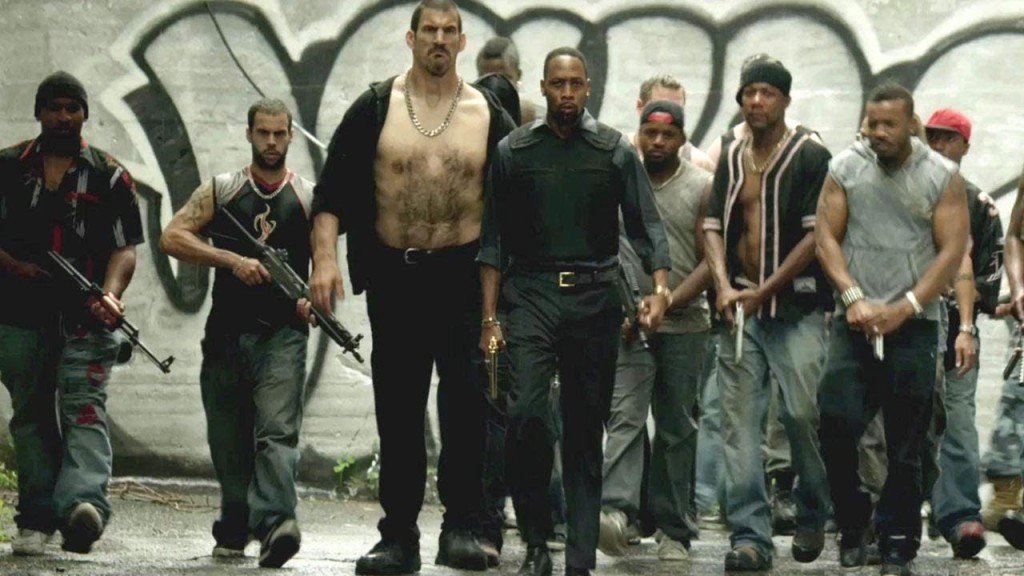 Determined to take down the resident drug lord (rapper RZA) one kilo at a time, Lino (a name inexplicably changed from Belle’s original Paris roof-hopping character Leïto in “B13”, perhaps so he wouldn’t be confused with the Pizza franchise by American audiences) reluctantly teams up with an undercover cop (the late Paul Walker) who has spent the better part of his career figuring out how to get revenge on the same scumbag for killing his father years back.

With Lino’s girlfriend (Catalina Denis) as a hostage, a neutron bomb strapped to a rocket and an army of bad guys at his disposal who are so inept that they consistently bungle even the most basic instructions, RZA’s villain Tremaine Alexander, who’s ready to level the city if he doesn’t receive $30 million (or something in that range) from the office of the Mayor (Bruce Ramsay), comes across as something of a parody. Here’s a criminal mastermind who likes to impart wisdom upon his underlings while cutting hot peppers – something he does more than once in the film – explaining how his mom would kill him if she knew how much spice he was adding to her recipe. And you just know someone’s going to get shot when he’s cutting those peppers and waxing philosophic.

But after a while, you get the sense that director Camille Delamarre is at least partially aware of the story’s intrinsic goofiness and eats it up rather than trying to play it too straight. How else do you explain a bunch of seasoned criminals gathered around a computer terminal waiting for a wire transfer only to find out that they’ve been duped by our heroes? Or a girl fight that would make some of the most overblown exploitation films of the ’70s look reasonable by comparison? And why are guns suddenly so sparse among the bad guys when our heroes are getting away? 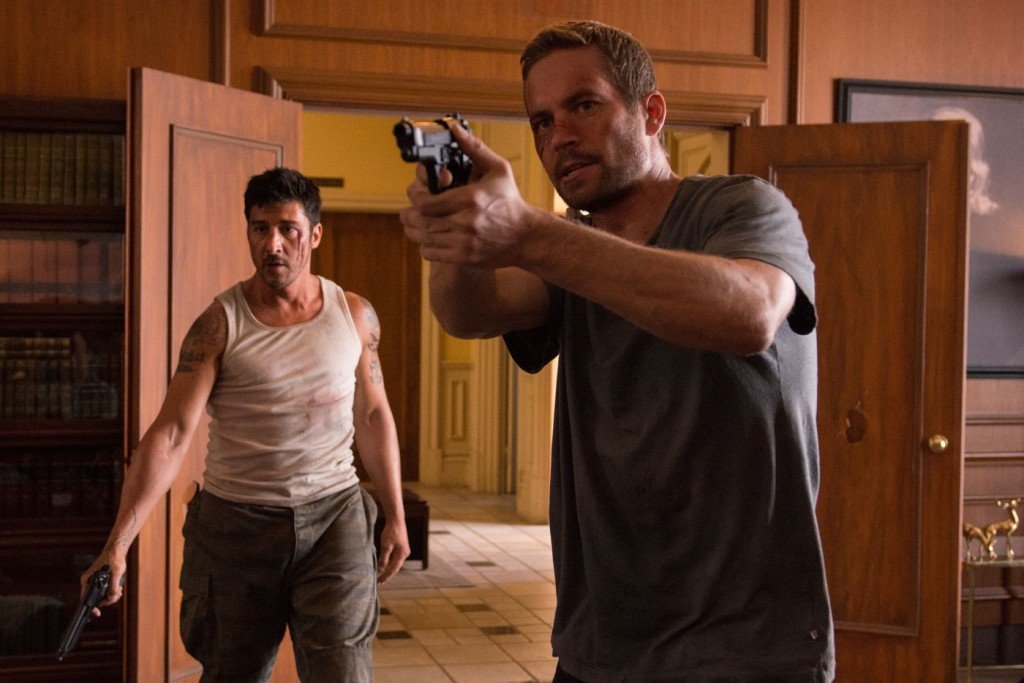 While that last one can be attributed simply to it being an action movie, the rest of the script is basically a giant lapse in logic. Co-writer Luc Besson (who conceived both this film and the original with Bibi Naceri) has already dropped a bomb this year with February’s “3 Days to Kill”, which admittedly could have been a whole lot worse. But like that film, it’s hard to tell where “Brick Mansions” is intentionally trying to evoke chuckles, despite its ostensible self-awareness. Closer to a crossbreed between “Rush Hour” and a Moore-era Bond installment than to its own predecessor, this film has trouble finding its footing, and will feel particularly awkward to fans of “B13”.

That said, the film also has bursts of watchability, which is frustrating because it almost would have been more entertaining if it were a total catastrophe. But a surprisingly good heart and some well-choreographed action (sprinkled amid plenty of not so well-choreographed action) manage to keep us on the hook for its mercifully lean 90-minute duration, even if it’s hard to shake the feeling that this film shouldn’t exist at all.

It’s also tough for Paul Walker’s untimely passing not to be in the back of our minds, as his characters, while maybe not always the most compelling, tended to reflect the actor’s undeniable likability. This isn’t much of a departure from his role in the “Fast & Furious” franchise, and while Walker and Belle have good enough chemistry together, it almost feels like they’re crossing paths from two different movies.

Belle, too, is very appealing, but the mis-matching of their physical ability is glaring, as it would be with pairing any Hollywood actor with a professional stuntman who could probably upstage a Cirque du Soleil show using only the furniture in your living room. And the film never gets better than the opening ten minutes in which Belle evades a group of thugs who are trying to hunt him down, but simply can’t keep up as he jumps across rooftops, dodges obstacles and fits his body through impossibly small spaces at impossibly high speeds.