Posted by Michael Parsons on December 8, 2016 in Movie Reviews / No Comments

Gripping for a stint, but overall curiously pieced together, “Nocturnal Animals” is a decent thriller adapted from the novel “Tony and Susan” by Austin Wright. Having not read the book, I have no doubt that the translation to celluloid was a difficult undertaking—director Tom Ford’s production has its drawbacks in the pacing department—but even when the story skips a beat, Jake Gyllenhaal’s raw performance makes it worth a view.

The film follows Susan (Amy Adams), a fairly pretentious art dealer who wears enough mascara to create a cold facade over her typically angelic  visage (though I’m never entirely convinced). She receives a draft of her ex-husband Tony’s (Gyllenhaal) novel entitled Nocturnal Animals, which has been dedicated to her. It is sensed early on that this manuscript isn’t going to read like a love letter.

Dark and violent, the main plotting of the film is within the pages of Tony’s book, as Susan imagines it. It’s a horrific tale that follows Edward–envisioned as Tony by Susan– who suffers an unspeakable  tragedy on a remote roadside at the hands of three violent delinquents. The gang is led by an exceedingly icky Aaron Taylor-Johnson, whose character seems to have walked straight out of “Last House on the Left”. Edward’s wife 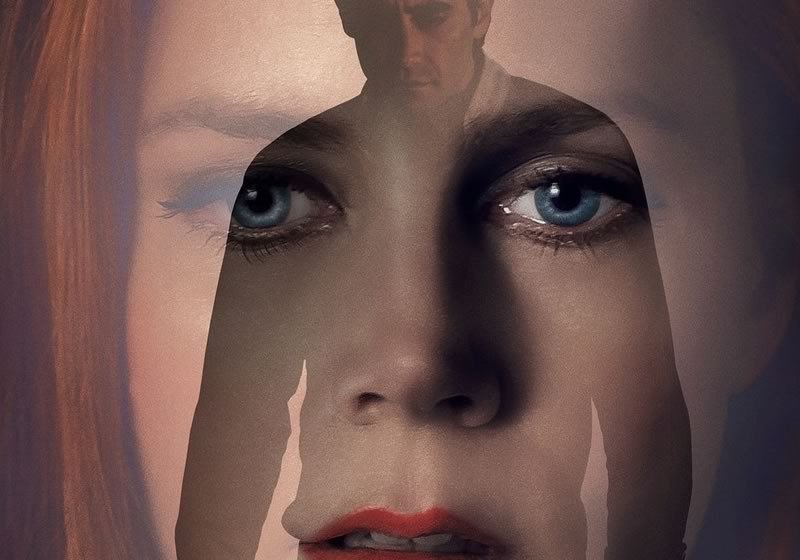 and daughter (Isla Fisher and Ellie Bamber, respectively) are kidnapped and Edward left stranded and helpless. Imagine the worst, and that’s it.

A not-so-subtle metaphor is unfolding; Adams’ character periodically reacts to the story with a visceral jolt, signifying that whatever caused their separation must have been  traumatic enough to inspire such an unpleasant story. In her reality, current boyfriend Hutton (Armie Hammer), for whom she left Tony, is having an affair. Fairly inconsequential, compared to the Gyllenhaal show.

In the book, Edward ends up partnering with a no-nonsense cop (Michael Shannon), who’s ready to dispense some off-the-books justice. Their relationship spans a year, when they get a lead on the suspects after a bank robbery goes south. Edward becomes cold and focused, like his counterpart, whose own history seems to be manifesting in a vicarious revenge plot. Shannon has an entrancing graveness about him, a sinister-looking, quietly intimidating person. His deep eyes penetrate with menace; his demeanor is inherently unpredictable. As expected, the actor lends major intensity to the movie.

But Gyllenhaal steals the show:  when Edward’s seemingly calm disposition unravels and the brewing rage emerges, the actor unleashes a   performance that recalls (and then surpasses) his roles in “Prisoners” and “Southpaw”. So even when the story’s layering begins to fail, these actors demand to be appreciated.