The Girl on the Train

Posted by Eddie Pasa on October 6, 2016 in Movie Reviews / No Comments

Set aside every preconceived notion you have about The Girl on the Train being “the next Gone Girl.” Maybe it’s just me, not having read the novel upon which it was based, but I was unexpectedly swept up and captivated by The Girl on the Train’s story and execution. A stellar performance by Emily Blunt as Rachel, the titular train girl, fuels director Tate Taylor’s adaptation of Paula Hawkins’ bestselling novel. 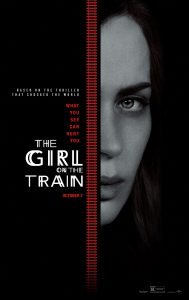 There’s a different heart to The Girl on the Train than the one found in Gone Girl. While one plot thread may seem a little similar, the inner workings and unfolding of the truth is a little whodunit-oriented. However, it’s not so much a whodunit in the sense of finding clues and evidence; it’s more about memory being a false narrator… or is it? And this film’s clues are all locked in Rachel’s memory, which has been shattered by her life and what it’s become.

After learning of her infertility, she and her husband Tom (Justin Theroux) split, with Tom replacing Rachel with Anna (Rebecca Ferguson) and almost instantly having a child with her. Resigned to a lonely apartment and falling into serious alcoholism, Rachel takes the train every day past her old house and tries not to look at the happy life Tom and Anna have. 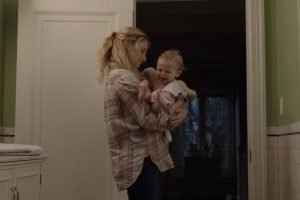 Instead, she looks at the couple two doors down, Megan (Haley Bennett) and Scott (Luke Evans), who seem to be in love – the kind of love Rachel believes she lost and would give anything to have again. But her world comes undone when Megan suddenly goes missing after Rachel sees her with another man. And Megan’s got some secrets of her own, all of which may have had a hand in her disappearance.

The story leapfrogs and flips us around, like a melding of a Quentin Tarantino film and Christopher Nolan’s Memento, where each forward progression is met by a look at the past to help fill in the gaps. Taylor takes our two lead characters – Rachel and Megan – and peppers the story with these flashbacks in order to gain ground in the present. (I’m told this is how the book is also laid out.) 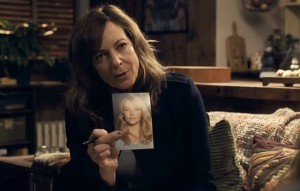 Both Emily Blunt and Haley Bennett give noteworthy performances as the jilted lover and the woman in peril, respectively. Blunt portrays the embodiment of a life gone wrong with no way out, leaning heavily on her alcohol dependence to get her through the next minute, desperately trying to cling onto vestiges of the past. On the flip side, Bennett’s Megan has everything a girl could want – love, a home, stability – but she’s not one of those girls who wants everything. There’s a near-pathological disconnect with reality which Bennett underplays perfectly, her eyes almost dead to the world and events surrounding her, only coming to life during a pivotal moment in the film.

Charlotte Bruus Christensen’s photography achieves a dreary, shallow-focused look which further accentuates Rachel’s shortsightedness and her retreat into the safety of the bottle. Along with Danny Elfman’s unsettling and insistent score, and Taylor’s taut direction, The Girl on the Train‘s tone never reaches explosiveness, instead reaching for a different objective: a slow burn. Recovery from addiction is a tedious, arduous process, a feeling which Taylor captures well and uses to great effect, as not only is Rachel digging her way out of the bottle, but she’s also digging to find the truth of Megan’s vanishing. 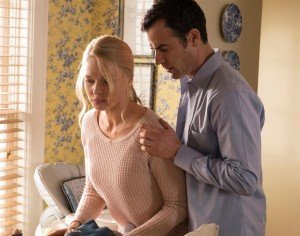 The Girl on the Train is a muted and soft-spoken thriller in which its silences and introspection work to not just expose the main character, but to draw out the tension in which Megan’s mystery lies. It’s not meant to crackle and pop; it’s meant to immerse us in Rachel, who hangs on every sip of alcohol she takes as if it’s a lifeline. We’re meant to fit into her shoes and stumble drunkenly along a path littered with hazy memories and demons from her past, and when we finally claw our way to the light, that’s when the film hits you with a surprise left. I personally don’t try to figure out the culprit during mystery films like these; if you let The Girl on the Train take you along with her, the film will surprise you just as much as it surprised me.