Going in blind to The Clan (El Clan in its native Argentina) might cause you to wonder a bit about what’s going on. The scant details of early 1980s Argentinian political and social life given in the film’s opening moments before jumping around between 1982 and 1985 might not even help. However, aided by sterling performances and thick tension, The Clan’s straightforward telling of the events surrounding the Puccio family engrosses and disquiets as it races toward its shocking final scene. Granted, of course, if you grew up knowing about the Puccio family in Argentina in the early ‘80s, what happens in this film may not come as a shock at all, but it might be a fairly rapt reminder of the brutality and horror involved. 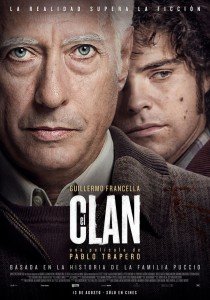 Quite frankly, I’m still in the dark as to why family patriarch Arquímedes Puccio (Guillermo Francella) led a team of kidnappers – which included his own son Alejandro (Peter Lanzani) – who would inevitably kill the persons they kidnapped. Or why his wife Epifanía (Lili Popovich), son Guille (Franco Masini), and daughters Silvia (Giselle Motta) and Adriana (Antonia Bengoechea) allowed these occurrences to happen in their own home. The story starts by dropping us straight into these proceedings, giving us little information about the family other than Arquímedes works for the government (which has just turned democratic after enduring years under a dictator) and Alejandro is immensely gifted at playing rugby.

From the very beginning, we’re taken Memento-style between August 23, 1985 – the night everyone’s life changed – and notable events in the three preceding years, showing how Alejandro and Arquímedes’ lives change. Alejandro is not just a star rugby player, but he works at his family’s surf shop, where he meets his girlfriend, Moníca (Stefanía Koessl). Arquímedes, however, continues his rash of kidnappings and murder, shielding his family from his psychotic tendencies until one job goes horribly wrong, and that’s usually when the vultures start circling overhead. 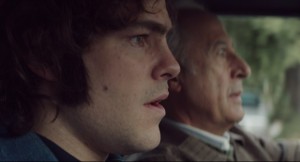 The first time we see the two of them together on screen, they’ve just taken one of Alejandro’s rugby friends and put him in the trunk of a car. It’s a credit to director Pablo Trapero and Lanzani, both of whom make this event seem completely innocuous… at least until the guns come out and sacks are put over heads. Lanzani plays it innocent and unassuming, and it was a surprise to me to see him involved, taking his own sack off his head and talking with the kidnappers.

Arquímedes goes from stoic and in control to paranoid and wild-eyed lunatic over the course of the movie. From what I have read, Guillermo Francella, the actor playing Arquímedes is usually a comedic actor; I don’t think I’ll be able to see him as anything but Arquímedes Puccio, though. His quiet, slow-rolling performance fits his character well, like a python hiding in plain view; there’s a tactile danger in his face and in his eyes, and Francella uses it well. There’s one moment in the film where we finally see his crazy side being let loose, and it’s terrifying; what makes it even moreso is who he’s talking to when this happens. 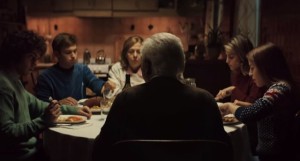 The Clan is a dry (but not in a pejorative sense) and loose retelling of unthinkable events. It’s hard to accept what we’re watching, much less why it is happening. The film is not here to titillate or glorify; it’s not meant as a suspense film or a horror movie. It’s a well-executed examination of a man doing terrible things trying to keep his family together and the silence his family grants him in return.