Posted by Michael Parsons on September 11, 2015 in Movie Reviews, New on DVD and Blu-Ray / No Comments

To this day, writer/director M. Night Shyamalan’s best work remains 1999’s “The Sixth Sense”, a film by which most supernatural suspense flicks are still measured. That same year, another bench mark movie was released, “The Blair Witch Project” from Daniel Myrick and Eduardo Sanchez, which hit box office gold by way of the found footage medium, planting a new sub genre firmly in the realm of horror on a budget of a few thousand bucks.

Sixteen years later, with countless found footage movies  having worked their way into the annals of film — many bad, some good, but most just forgettable — Shyamalan has decided to try his hand at it. Once an innovator in the industry, and the go-to for twist endings by the dawn of the new millennium,  it now appears that, in the wake of two catastrophic departures from horror (“The 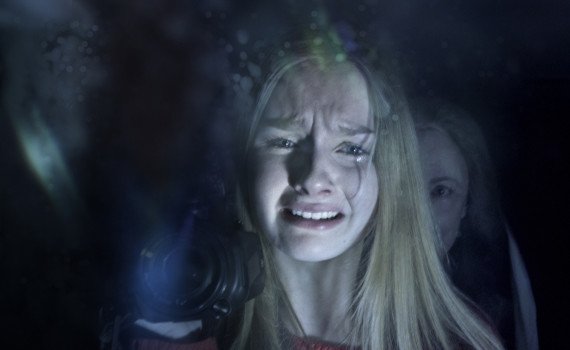 Last Airbender” and “After Earth”), he’s perfectly happy to follow the trend to get back into the thriller business. This includes being absorbed into the Blumhouse brand, which also produced the “Paranormal Activity” series, the reigning grandaddy of profitable horror franchises.

As that goes, one could do a whole lot worse than “The Visit”, the story of two kids spending a week with their grandparents, whom they’ve never met before, at the remote farm house in Pennsylvania where their mother grew up. Everything at first seems normal: the elderly couple appear to live a quiet and respectable life, farmers by trade and volunteering their time  at the nearby hospital. But it doesn’t take long for them to notice Nana (Deanna Dunagan) and Pop Pop (Peter McRobbie) exhibiting some strange behavior, something that 15-year-old Becca (Olivia DeJonge) dismisses merely as a series of senior moments as she collects footage night and day for her documentary. As mom (Kathryn Hahn) tells the kids via Skype from the deck of a cruise ship in her bikini, “They’re just old”. But she hasn’t spoken to her parents since she was nineteen — that’s when she left home — and the reason they’ve been estranged  for so long remains a mystery.

Freestyle-rapping younger brother Tyler (Ed Oxenbould) suspects that there’s something more to the bizarre goings-on than just old age, as Nana scurries around the house at night, growling like a wild animal, vomiting,  and occasionally wielding sharp objects, something that Pop Pop attributes to a condition called “sundowning”, a common by-product of Alzheimer’s disease. The film plays 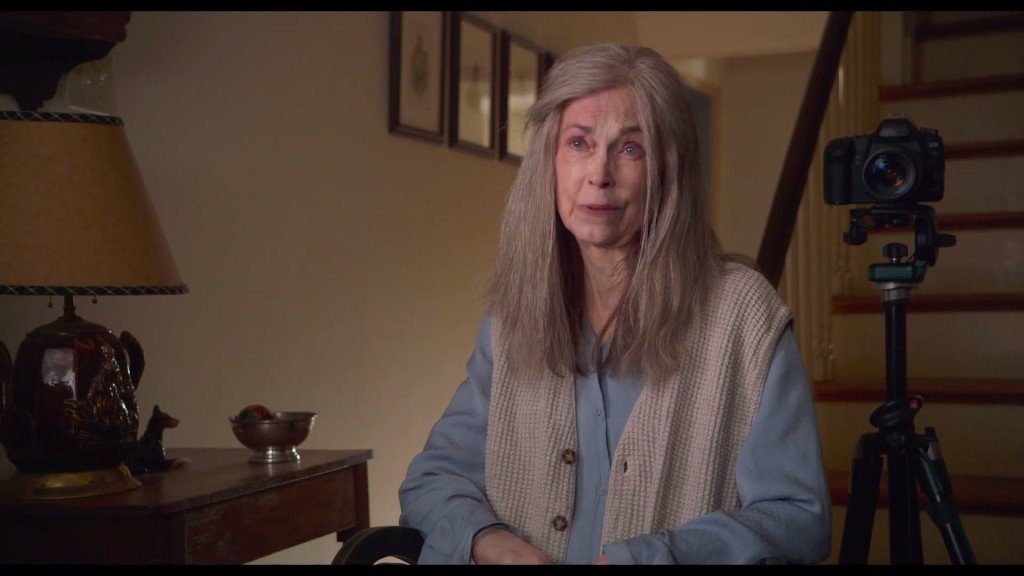 partly as a comedy,  sometimes cheaply and dishearteningly at the expense of the elderly; in one scene, Tyler discovers the old man stashing soiled adult diapers in the woodshed, presumably because he’s ashamed for anyone to know about his incontinence. This moment is parlayed into a punchline that, being fairly over the top, is probably more horrific and shocking than anything else depicted in the movie, awkwardly sandwiched between the world’s most uncomfortable game of Yahtzee and a morbid revelation that somewhat recalls the Shyamalan of old.

There are also some legitimate crap-your-pants moments for the audience, when Nana participates in a game of hide-and-seek unannounced (Deanna Dunagan goes all out in a truly disturbing performance), and later when Becca finally gives in to her brother’s suspicions and hides the camera, hoping  to catch a glimpse of what occurs outside their bedroom door after their 9:30 PM curfew.

Unlike many recent slapdash contributions to the found-footage canon (this year’s “The Gallows” is as good an example as any), the video cam effect seems, for the most part, to make sense here. With a more scripted, methodical and streamlined feel than some others of its ilk, “The Visit” looks neither purely authentic nor entirely manufactured; it just seems to work, despite a few lapses in good taste. Has Shyamalan re-emerged with some of the magic that made his first handful of films so unusual and startling? At the very least, it’s his best in over a decade.