“Mission: Impossible – Rogue Nation” has more than  its share of clever ideas and death-defying stunts. Even before the opening credits, star Tom Cruise, consistently narrowing the divide between himself and the super spy that he’s portraying, clings to the side of a cargo plane as it makes a rather abrupt ascent from takeoff.

Ethan Hunt, now just an extension of Cruise’s ego, is after the cache of nerve toxin that’s on board, which is en route to a covert terrorist group that will later be revealed as The Syndicate, while Cruise himself seems to be on a mission to outdo the famous Burj Khalifa stunt from 2011’s “Ghost Protocol”. Both the actor and his character succeed: the sequence is spectacular — dare I say insane — and Hunt gets the payload off of the aircraft by nonchalantly strapping himself to it and parachuting into oblivion.

I’m sure that many in the audience were thinking it: how the hell do you top that? 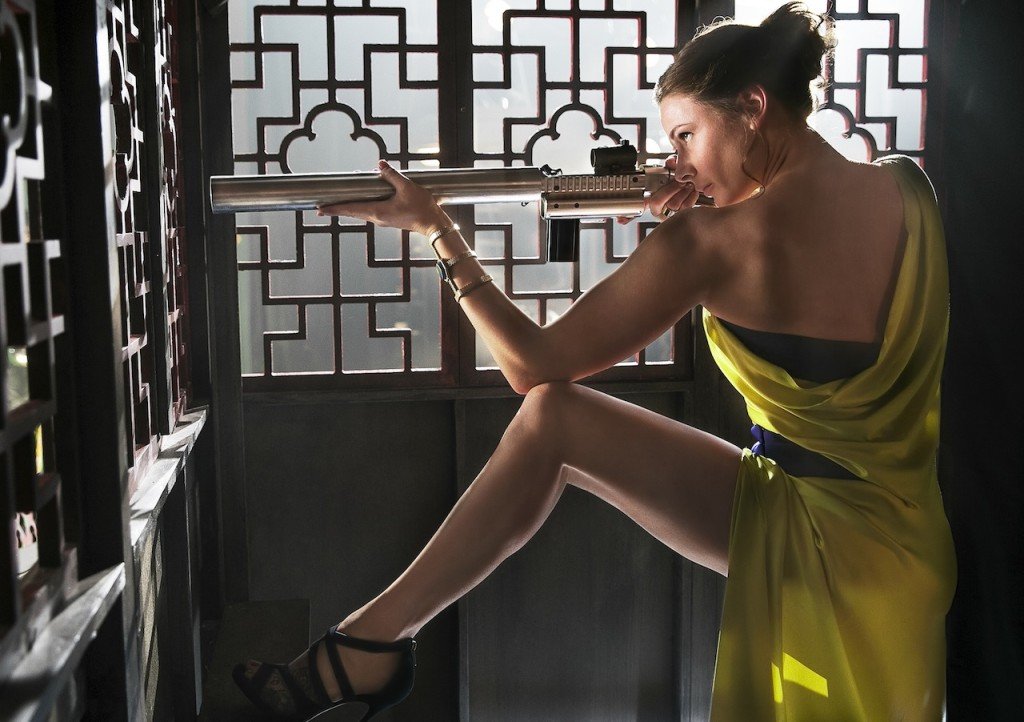 “Rogue Nation”, directed by Christopher McQuarrie, who most recently teamed with Cruise for 2012’s refreshingly old-school action flick “Jack Reacher”, is another solid entry into the “Mission: Impossible” series. Yet even though just about every sequence in it is impressively staged, there’s something missing that made its predecessor, the Brad Bird helmed “Ghost Protocol”, so thoroughly satisfying.

This installment concerns a dangerous shadow organization — the aforementioned Syndicate — which is pieced together from spy agencies from around the world. It is led by a sinister ex-British Intelligence operative Solomon Lane (Sean Harris), who captures Hunt and strings him up for interrogation by a goon known as the Bone Doctor (Jens Hultén). When Hunt narrowly escapes with the aid of the mysterious Ilsa (Rebecca Ferguson), he finds himself disavowed and on the run, and we pick up with him holed up in France six months later, where he’s been accumulating evidence to support his theory. Stateside, the rest of the Impossible Mission Force (returning cast members Simon Pegg and Jeremy Renner) have been absorbed into the CIA under the watchful eye of director Hunley (Alec Baldwin): Renner’s Brandt reluctantly serves as the director’s sidekick, and Pegg, playing the ever likable tech guru Benji Dunn, is stuck on desk duty and lying to a weekly Polygraph test. (Series veteran Ving Rhames, who had a brief and uncredited appearance at the tail end of the last movie, returns to the fold as Hunt’s old friend Luther Stickell). 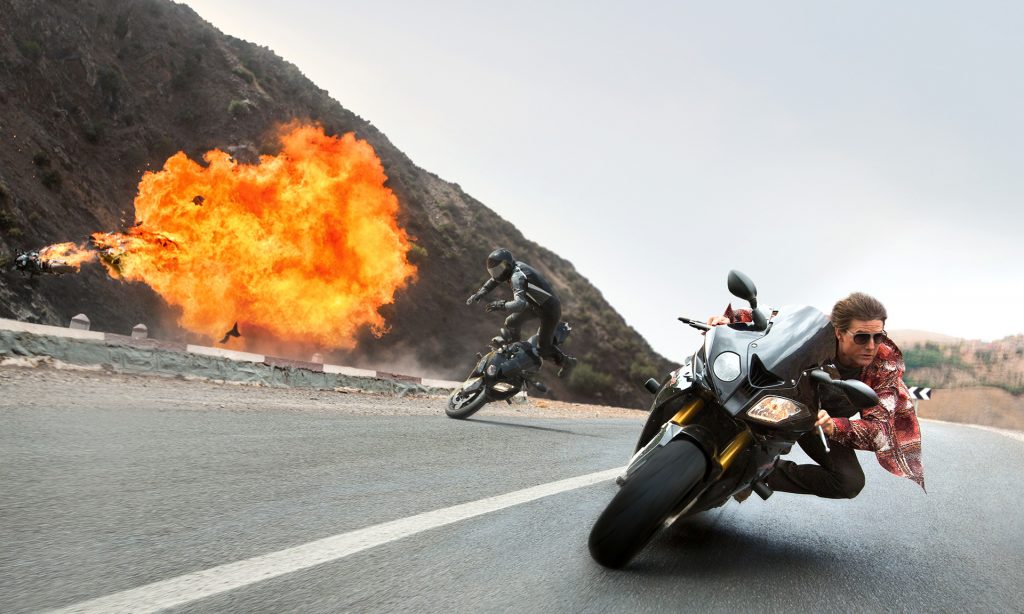 Hunley, who’s kept a running tab of the destruction surrounding the IMF’s activities — namely the inadvertent destruction of the Kremlin in the last movie — doesn’t believe in the existence of such a rogue organization (an anti-IMF, as Benji later describes it), so it’s up to Hunt to prove it without getting caught. Believing that the Syndicate has planned an attempt on the Austrian Prime Minister’s life at an opera house in Vienna, Hunt somehow manages to sneak in Benji  under Hunley’s radar. A gaggle of assassins show up, among them Ilsa, who later reveals herself to be a deep-cover British operative trying to gain back the confidence of the Syndicate, since Lane is unaware that she actually facilitated Hunt’s earlier escape.

Each “Mission: Impossible” film has reflected the distinct style of its respective director, and “Rogue Nation” combines many of these attributes, from J.J. Abrams’ frenetic action to a third act that somewhat harks back to Brian De Palma’s moody, Cold War noir allure. McQuarrie’s script, from a story by Drew Pearce (“Iron Man 3”), calls on its characters to out-think their opponents as much as out-gun them, and the end result is a big summer blockbuster rooted in a classic espionage picture.  Technology, as usual, is always at the team’s fingertips: one scene, in which they must swap a disk from a highly secure underwater storage facility, finds Hunt in a state-of-the-art wetsuit while Ilsa manipulates the compound’s computer system from her iPad (yes, there’s an app for that). A fantastic car chase ensues, followed by an even more mind-blowing motorcycle pursuit along winding cliffs, highlighting McQuarrie’s knack for high-speed chases and some vertigo-inducing vantage points from returning series DP Robert Elswit.

After five movies, the “Mission: Impossible” franchise still has plenty of steam left in it, like Cruise, who’ll need to strap on a JATO rocket and fly to the moon for the next one, considering the trend he’s started. While the events in “Rogue Nation” might not gel quite as successfully as its predecessor, it’s amazing that the series continues to be so inventive without becoming outright ridiculous. Hopefully, now that Rhames is back in the game, this solid cast will stay put: those disappointed by the absence of “Ghost Protocol’s” Paula Patton (due to scheduling conflicts) should find nothing to complain about with series newcomer Rebecca Ferguson, who dominates the screen as the intriguing, conflicted and deadly Ilsa Faust.