Posted by Michael Parsons on January 23, 2015 in Movie Reviews / No Comments

“Leviathan” is a work of staggering visual beauty. For his fourth feature, director/co-writer Andrey Zvyagintsev (who re-unites with “Banishment” co-writer Oleg Negin) has created something that looks a lot like Ruben Östlund’s Oscar-snubbed opus “Force Majeure” if it took place in a Russian seaside village instead of the majestic French Alps. There’s no lack of spectacle in this artfully-lensed epic, as cinematographer Mikhail Krichman gazes patiently upon the landscape with such an appreciative eye for nature you’d think he’d just come off shooting BBC’s “Planet Earth” series.

The film’s centerpiece is the skeleton of a whale ensconced in the striking vistas of water and rock along the coast of the Barents Sea, as pristine as if it were being displayed at the Smithsonian, providing a somewhat literal incarnation of the title’s original biblical meaning. 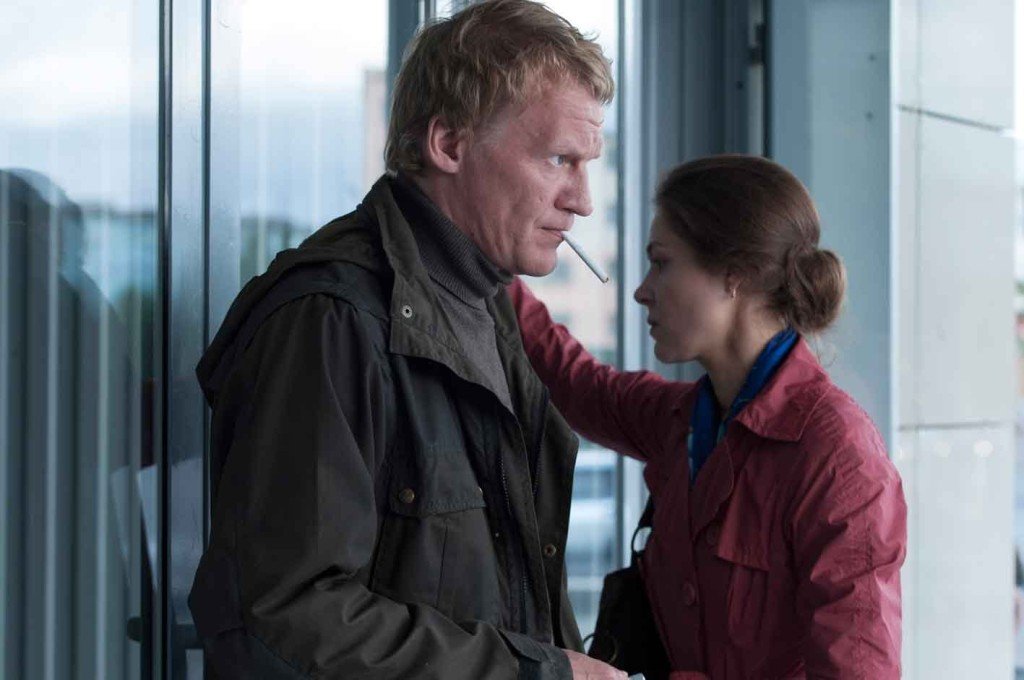 But the central theme in “Leviathan” draws from the sociopolitical philosophies found in Thomas Hobbes’ 1651 treatise of the same name, which postulates that civilization would fall into anarchy without a sovereign government. The film is a microcosm of Putin’s Russia.

Nominated for Best Foreign Language Film, Zvyagintsev’s unsparing commentary concerns the plight of a car mechanic (Aleksey Serebryakov) whose legal battle with a corrupt mayor (Roman Madyanov) over the mechanic’s seaside plot of land has much broader implications regarding the fusion of church and state. In examining such deep political and theological issues, Zvyagintsev’s film reveals itself to be one of the more astounding and insightful studies of human nature in recent memory.

That might sound like a big pill to swallow, but “Leviathan” is also accessible as kind of a slow-burn thriller, and can be appreciated solely for its remarkable performances if one weren’t so inclined to peel away all the layers of Zvyagintsev’s existential onion.

Inspired by the tragedy of a Colorado repair shop owner who went ballistic in 2004, this modern rendition of the Book of Job drops us in a place that feels at once otherworldly and firmly rooted in harsh reality. Phillip Glass’s elegantly minimalist score evokes the metaphor of the duck paddling on a pond, which is also reflected in Serebryakov’s painfully restrained performance. Krichman’s ominous images seem to suggest a watchful, perhaps judgmental higher power looming above. 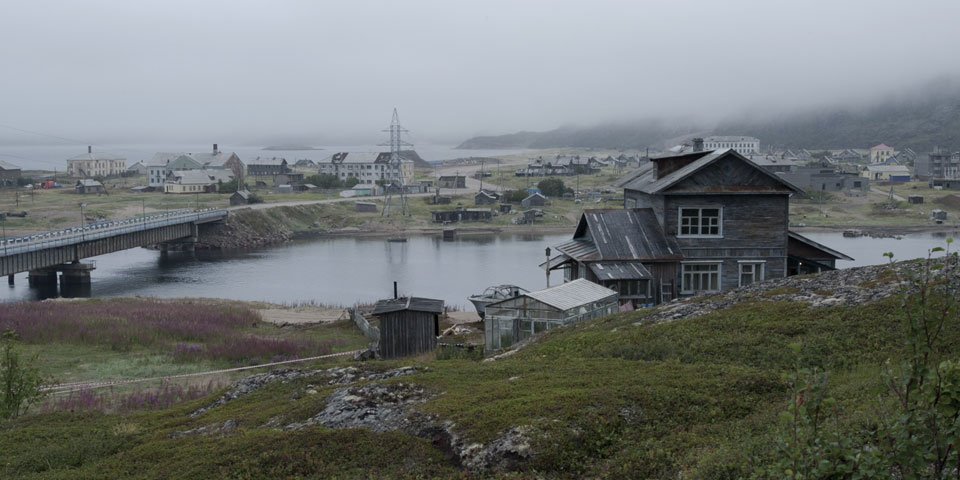 Serebryakov’s Kolya, a vodka-swilling handyman and decent guy, is sick of doing pro bono fix-up jobs on the local police cars. But he’s got a much bigger problem: Vadim, the (also vodka-swilling) not-so-decent mayor of their isolated little town, wants Kolya’s property, and for a song. Kolya’s friend Dmitri (Vladimir Vdovichenkov), once in the army and now a big shot Moscow lawyer, comes to town to make sure that justice is served, and finds a tense domestic situation: Kolya’s quietly unfulfilled wife Lilya (Elena Lyadova) wants to move away from the village, and she doesn’t get along with Kolya’s rebellious son Roma (Sergey Pokhodaev), whose relationship with his dad alternates between playful and pugilistic.

Kolya and Lilya’s multiple attempts to appeal to the courts prove futile, as does Dmitri’s plan to blackmail the mayor, who shows up intoxicated at Kolya’s doorstep with his henchmen in tow (later, the mayor will be exonerated by his  priest for having “done what was necessary”, thus perpetuating the cycle). But it’s on a recreational weekend excursion to shoot guns and drink vodka that things get thrown into a downward spiral, and that’s where  Zvyagintsev  gets into the more complex aspects of the human condition.

If “Leviathan” is just shy of being a masterpiece, it’s because the picture leaves a little too much for interpretation, and it feels like something profound is just beyond our reach. At the same time, it’s a fascinating conversation piece of grand ambition and ferocious honesty. Audiences who aren’t in the mood for something so cerebral might walk away thinking that all the characters’ problems would have been solved if they’d just stopped drinking so much vodka.