Posted by Michael Parsons on January 9, 2015 in Movie Reviews / No Comments

To some audiences (and I won’t profess to know who they are), “Inherent Vice” is probably that ingenious fusion of noir crime saga and culturally insightful stoner satire that is being hailed as “one of the best pictures of the year”. For the rest of us, who see very little substance behind the haze of bong smoke and dizzy astrological musings, I call BS.

To me, Paul Thomas Anderson’s adaptation of Thomas Pynchon’s novel — which, being only six years old, has garnered as much attention for being celluloid-unfriendly as Ayn Rand’s “Atlas Shrugged” because of Pynchon’s penchant for the esoteric — is what I’d imagine it would feel like to contend with a long, stubborn bowel movement while being doped out of my mind on street opiates. 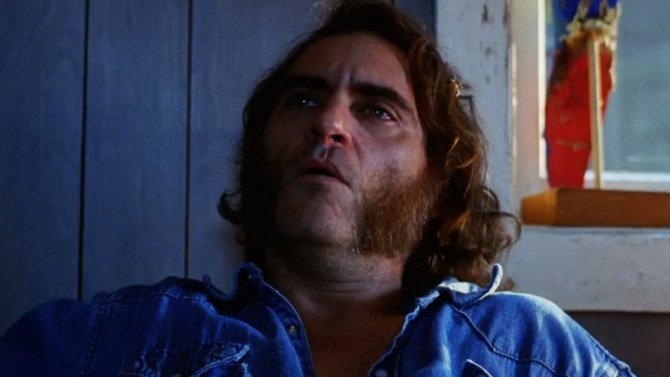 It’s 1970 Los Angeles. Our central character, a mutton-chopped, bohemian private eye named Larry “Doc” Sportello (Joaquin Phoenix) gets a visit from his ex-flame, Shasta Fay (an ethereal Katherine Waterston), who shows up with an unlikely story: She’s been sleeping with a wealthy, well-known real estate mogul named Mickey Wolfmann (Eric Roberts) who has gone missing. According to Shasta, Wolfmann’s wife and her “spiritual guide” boyfriend  have been conspiring to put the tycoon in a loony bin to gain access to his fortune, and they want her in on it.

Apparently, this is where her conscience draws the line. So, bound by secrecy (and I guess stupid in love, though it comes across more like he’s just perpetually dumbfounded), Doc accepts the gig, only to find that Shasta’s role is just a small part in a giant cog involving a mysterious syndicate called the Golden Fang, which has some sort of grand design to re-align L.A.’s patchouli-doused underbelly with the vague interests of an emerging right-wing movement.

Despite what Doc’s placid, glazed-over demeanor might lead you to believe (musician Joanna Newsom’s omniscient earth child/narrator describes him as “the only doper she knows who doesn’t use heroin”), he’s extraordinarily crafty in his work. So much so that he’s often a step ahead of a gung-ho “renaissance” detective nicknamed “Bigfoot” (Josh Brolin), a hot-headed caricature who’s working a homicide case believed to be connected to the conspiracy. The cop’s crew-cut, perpetual scowl and derogatory prose are indicative of a serial civil rights-violator, but his pre-occupation with chocolate-covered bananas suggests that his brutish demeanor might really be an overcompensation for something else. The dynamic between the two is one of the more amusing aspects 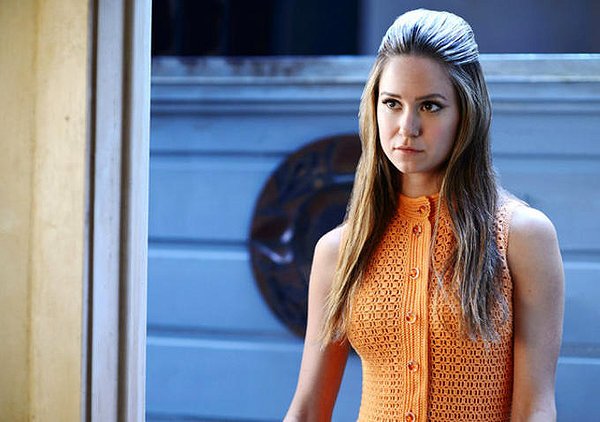 of the film, but eventually, like most of the story fragments of “Inherent Vice”, it dissolves into an amorphous abstraction of an ever-broadening proportion. Something about a boat, drugs, sexual exploitation and the Aryan Brotherhood supposedly tie it all together.

Given this elaborate premise, it’s hard to believe that nobody really seems to do anything in the movie. It plays a lot like the telephone game: folks hear things and pass it on, and writer/director Anderson (“Boogie Nights”, “There Will Be Blood”) takes us on a circuitous two-and-a-half hour journey as if he’s more interested in the shifting cultural landscape than the central mystery. That would have made for a great film, perhaps, but this monotonous escapade has even less to say about the turmoil of the times than it does the motivations of its characters.

More frustrating, perhaps, is that an impressive ensemble is wasted on virtually lifeless characters. Doc is aided by a veritable sideshow of one-note acquaintances: the prim-and-proper deputy DA (Reese Witherspoon), an on-again-off-again fling whose best advice is for him to clean his feet (he doesn’t listen); his spacey personal lawyer, Sauncho Smilax (Benicio Del Toro); and a diminutive masseuse/madame (Hong Chau), who first assists in framing Doc for a murder, but then helps him track down an 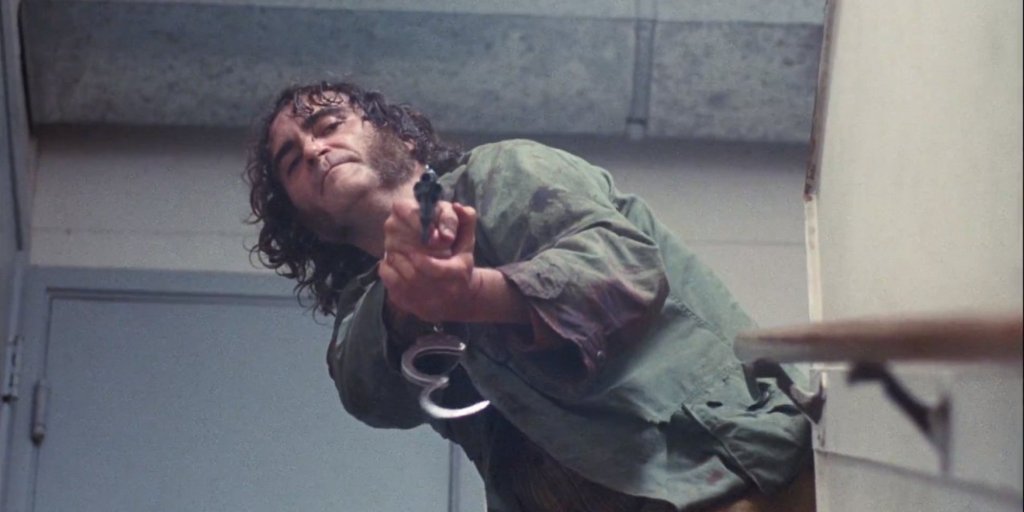 enigmatic ex-junkie (Owen Wilson) who is thought dead but ends up being some sort of deep cover agent.

There are too many other ancillary players to mention, and certainly too many to keep track of; I’ll note that the typically hilarious Martin Short plays a wacky dentist who somehow works into the plot at about the film’s mid-point, resulting in a drug-addled car ride that comes well short of the bizarre hilarity found in “Fear and Loathing in Las Vegas”. Incidentally, this is where the movie lost me for good.

The first half of the “Inherent Vice” is tolerable, even intermittently funny, as Anderson presents the first few pieces of the puzzle. It begins as a mildly amusing psychedelic caper, and as in “Nightcrawler” (another overrated film in my book), DP Robert Elswit creates an atmospheric L.A. of equal parts shady disquiet and tranquility. But “Inherent Vice” is ultimately undermined by its attempt to play it cool, becoming more brutally sluggish with each utterance of overly cryptic, mush-mouthed dialogue. Jonny Greenwood’s score is indeed far-out, but coupled with the sleepy pacing it will prove a sedative to some folks who haven’t gotten their full eight hours of sleep.