Posted by Michael Parsons on October 9, 2014 in Commentary, Movie Reviews / No Comments

Where “The Dead” was a beautifully lensed horror/adventure story with an intelligently intertwined humanitarian message, its sequel, “The Dead 2″: India” (playing opening night at the 9th annual Spooky Movie Festival at AFI Silver), is weighed down with too much melodrama to tread in the same socioeconomic undercurrent. The result is a movie that looks more like an inferior knock-off than a follow-up helmed by the original writing/directing team of Howard and Jon Ford, with long stretches of time that lack the frantic energy of even the most mundane moments from its predecessor.

Exactly three years ago, we were thrilled to catch up with co-director Howard Ford about “The Dead”, which had just played at the 6th Annual Spooky Movie Festival (read our interview here), mainly to find out how the hell they’d pulled it off. The shooting of the film, which took place in Africa during a viral outbreak that turns people into zombies, seemed almost as hazardous as the events the Ford Brothers were trying to depict. And that anxiety was inherent in the quality of the picture, which was perhaps the best of its kind I’d seen in a couple of years.

The new movie, which begins with an infected man departing a boat that has just landed in Mumbai, India, feels more like it’s killing time. There are a few moments of eerie anticipation as ominous undead figures loom in the distance; one chilling frame oddly reminiscent of “Frankenstein” focuses on the reflection of a zombie in a pond in front of where a child crouches. But the film dispenses with these quietly dreadful moments too early, as chaos erupts in the streets and much of the film’s potential as an exciting continuation of “The Dead” is lost in the tumult.

At least in its finest moments, “The Dead 2” is evidence of co-director Jon Ford’s skill as a cinematographer. We gaze close-up upon engineer Nicholas Burton (Joseph Millson of “24: Live Another Day”) going about his business, until the camera pulls back to reveal that he’s suspended at an unreasonable height from the shaft of a giant wind turbine in the middle of nowhere. The scope of the shot effectively establishes, like in the first movie, that help isn’t anywhere nearby if something were to go wrong. 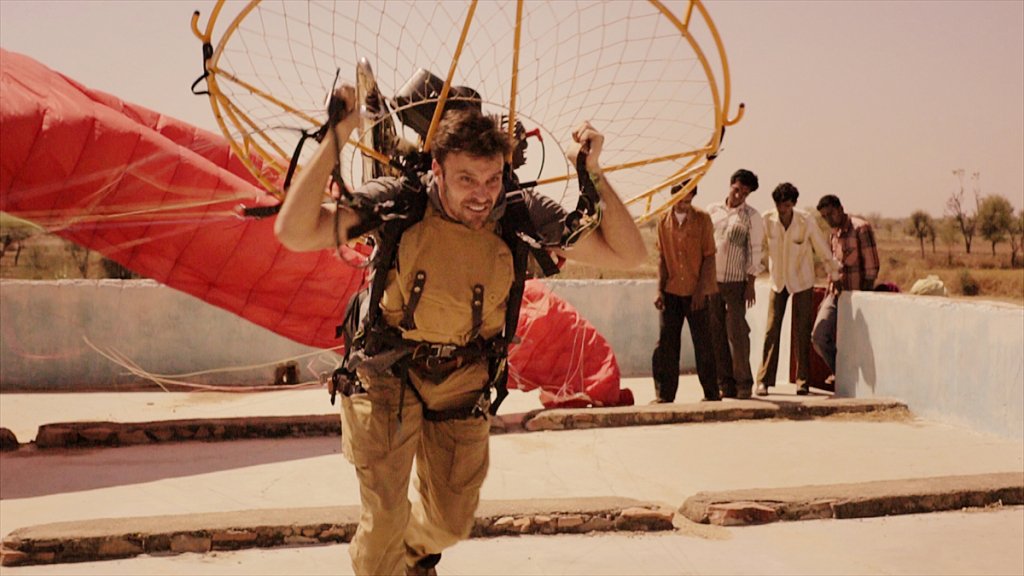 But this film of such vast capacity quickly becomes myopic, both in lens and story. When his girlfriend Ishani (Meenu) calls from Mumbai simultaneously informing him of her pregnancy and the zombie attack on the city, Nicholas scrambles to make the 300-mile trek to save her. But the undead are the least of his worries, it seems, as Ishani’s father (Sandip Datta Gupta) doesn’t like Nicholas, and refuses to let them speak to one another. As the concern becomes less about the ravenous creatures trying to break through their door to cannibalize them and more about the relationship — an incongruous cultural observation that is played out with all the simplified seriousness of an after school special — this portion of the film ends up looking like some kind of strange horror/soap opera parody that would end up on “Funny or Die”.

The Fords unquestionably know how to paint an indelible image, and we’re reminded of this a few times during Nicholas’s otherwise tedious slog across the zombie-infested tundra. After having spent a good portion of his trip with orphaned sidekick Javed (Anand Gopal), he runs across a wrecked car with a mother and young daughter trapped inside of it, a horde of undead approaching, and must make a decision. The degree to which this scene connects is more indicative of the filmmakers’ capability in combining horror with a universally relatable human theme. The rest of  it just feels like a misstep, but not the end of the road.