Posted by Eddie Pasa on October 10, 2014 in Movie Reviews / No Comments

Nasir bin Olu Dara Jones – better known to the world as Nas – released an album in 1994 that would change the face of hip-hop forever. That album? “Illmatic.” Honestly, for me in 1994, it didn’t get better than Public Enemy, N.W.A., Snoop Doggy Dogg, Digital Underground, and other popular rap acts of the time. I wouldn’t hear of Nas until a whole lot later, as 1994 found me in college and listening to a lot of rock music and playing in cover bands. I wouldn’t listen to “Illmatic” in its entirety until, well, a week before I wrote this review. 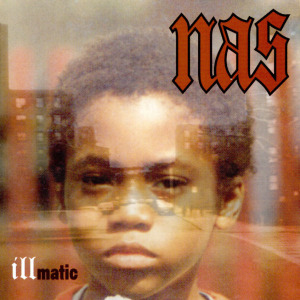 However, having listened to it several times since, it’s not hard to see the art of his flows, song structure, lyrics, beats, and messages. Much like Public Enemy’s “Fear of a Black Planet,” “Illmatic” made plain the struggle of black youth in the inner cities while balancing deft MC boasts. His stories of life in the Queensbridge, NY projects hit hard and don’t let you go easily. It’s a short album at only ten songs, while others at the time were doing upwards of 14 songs on each record. Featuring stripped-down production and slow, deliberate beats, he takes you on an audio journey through the loss of his friends, his fears, and his hopes and dreams.

These stories and the making of “Illmatic” are examined in Nas: Time is Illmatic, a short 74-minute film that takes today’s Nas and puts him back in the place where he grew up and became the street poet we now know him to be. Reflective and intimate, Nas: Time is Illmatic doesn’t hesitate to show you how life could have gone either way for Nasir Jones – either get out of the projects using his smarts and skills, or take a different route that would lead to either a short life or jail time.

Through interviews with Nas, his brother Jabari “Jungle” Fret, various producers and third parties, we hear about how Nas’ lyrics struck everyone as being standouts and far from the usual. Lines like “When I was twelve, I went to Hell for snuffin’ Jesus” and “I’m waving automatic guns at nuns” evoke provocative imagery; people simply didn’t say that 20 years ago. That kind of shock was the lightning in the bottle that spurred everyone – from producer Large Professor, to 3rd Bass rapper and producer MC Serch, to the then-rulers of the hip-hop scene, the Juice Crew – to take a chance on this high-school dropout whose rhymes and flows were like nothing anyone had heard before. Formative events, such as his father’s abandonment of the family and his best friend’s senseless murder in 1992, are also touched upon. 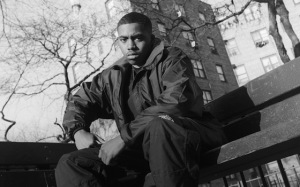 It’s a 74-minute look at what went into making “Illmatic” one of the most critically-acclaimed hip-hop albums of all time. For me, listening to it twenty years removed from its heyday and its cultural impact makes me think of a kid, who’s grown up surrounded by films with fantastic special effects, sitting down to watch a film like The Terminator or Jason and the Argonauts. You get why it’s a classic and why it’s important to all that came afterward, but you can’t help feel like you missed something.

What I thought was missing was showing the cultural impact upon other acts, or how it supposedly changed the landscape of hip-hop forever. There are interview snippets with the likes of Pharrell Williams, Alicia Keys, and others that say that it was their favorite album, but I still ask: How? Why? Without this, Nas: Time is Illmatic turns into a bit of a self-aggrandizing puff piece, a film version of a hype man, if you will. Hearing the stories that directly influenced this album is a definite boon, but it rarely goes further than skin deep. For the uninitiated, Nas: Time is Illmatic is a good introduction to Nasir “Nas” Jones and the world his poetry is about, and it serves its purpose, which is to pique your interest enough for you to drop some coin on his records.