Matt Shepard is a Friend of Mine

On the night of October 6, 1998, 21-year-old Matthew Wayne Shepard was robbed, brutally beaten, tied to a fencepost and left for dead. Six days later, at 12:53 in the morning on October 12, Shepard succumbed to his injuries and died. This horrible crime made history, not to mention the national news; it was the first case that brought homophobia into the spotlight, as Shepard was believed to have been assaulted due to the fact that he was gay. We all know what the press and the media told us about the young man and his life, but who was he to his friends, the people who were around him day in and day out?

One of his best friends from high school, Michele Josue, tries to shed some light on Shepard from the vantage point of his mother, father, and his friends in her documentary Matt Shepard is a Friend of Mine. Armed with a camera, questions, and a teenage era spent in his company, Josue makes her way through his friends and acquaintances, trying to show the world who Matt Shepard was to them. It’s a poignant, uplifting, yet ultimately depressing look at a life violently ended by stupidity. Josue interviews his high school friends, his teachers, and everyone who he’d turned to in order to find a friend in a very gay-unfriendly world. While their stories are wonderful most of the time, it just cements that the actions of two men took this life away from those who loved him. 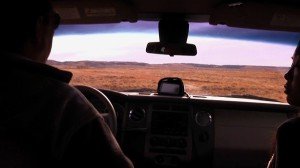 Josue’s attempt to achieve some kind of closure through making peace with her friend’s demise flows naturally, following Shepard from grade school on up. Both being children of parents working overseas, we find them meeting at their boarding school, The American School in Switzerland (TASIS), forming a friendship and remaining almost inseparable until his death. She journeys to all the places where they spent time together, contextualizing their experiences and showing us what the world looked like through his eyes. It all leads up to the inevitable conclusion, where we find Shepard in the hospital, barely clinging to life. Throughout all of this, Josue and everyone can only wonder “why?”

Matt Shepard is a Friend of Mine serves to humanize him more than just being a face on the news; it establishes him firmly as the center of a lot of people’s circles, the guy who you wouldn’t want to be without at a party. And it also serves to make some kind of sense of his violent end; one of the interviewees says that Shepard always wanted to be famous, and he’d achieved it, just not the way anyone wanted him to achieve it. While Josue’s focus is to hear from mostly sympathetic people, the hiccup in this story comes when a priest has to sadly tell her that we are all God’s children and that we are all equal in His eyes, which includes the people who murdered him.

Josue, visibly upset by this, can’t (or isn’t ready to) hear that the two men who did this to him are at all his equal; the priest assuages her and tells her to never forget and don’t lose her anger, because that is all that may stand between action and apathy. And when a priest says something like that about an abominable act like this, you know that times are troubled. Matt Shepard is a Friend of Mine does its job beautifully, making him a son, a brother, and a friend, not just a name on a plaque somewhere or on foundation’s masthead. What gets lost in our media-frenzied world is recovered by Josue’s effort to unite his friends and family to tell their story of a vibrant young man who meant so much to many.