Posted by Michael Parsons on September 20, 2013 in Movie Reviews / 1 Comment

It’s apparent that shedding the burden of a hefty production expenditure – or even a modest one, at that – can result in some pretty innovative filmmaking. “The Henchman’s War”, which was crafted from a budget that would make a shoe-string look thick, is a prime example of how a story takes precedence over action. In many ways superior to the myriad of studio-funded crime dramas that have been released this year, writer/director Anthony Greene’s feature debut might be the antithesis of the American gangster film, if by no other virtue than its thoughtful, poignant script. The unusually patient directing and lack of graphic distraction allows us time to be uneasy, even anxious – it’s a film that ripens over a fleeting 80 minutes. 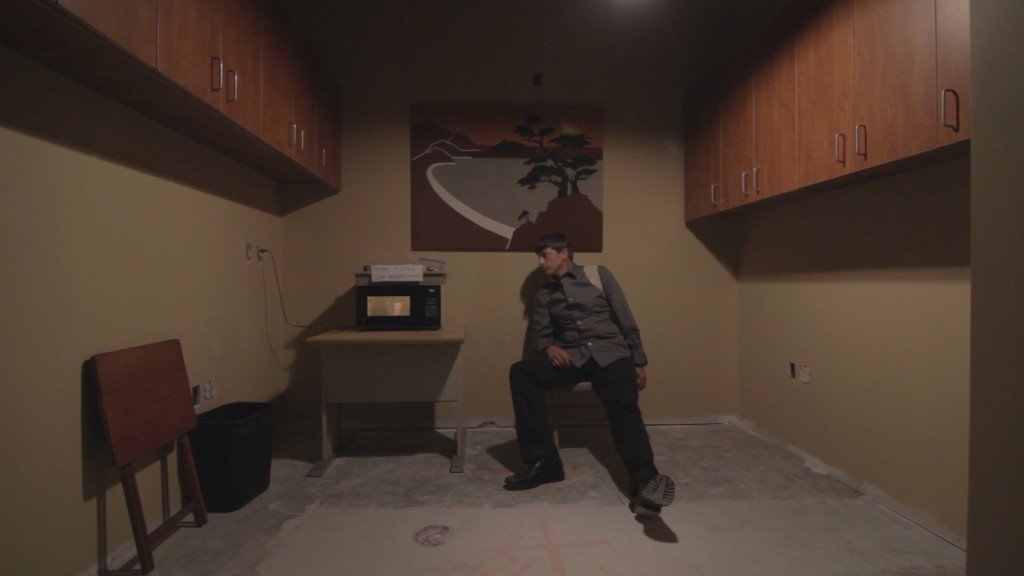 The premise, which involves a mob enforcer who inadvertently kills an important woman from his past while disposing of a political target, finds hitman Joe King (Rick Kain) brooding in the aftermath and subsequently on a three-day collision course with reluctant mob boss Cubby (Robert Leembruggen) who Joe blames for the mix-up. In the middle are another henchman looking or any reason to kill Joe, the vindictive Billy (Paul Sieber), and a rival boss named Ivory (Alexander Yi) who’s eager to take Cubby’s piece of the pie.

While this might not initially sound like much of a departure from your typical crime/revenge thriller, Greene’s script goes in some unusual directions, alluding to his characters’ intentions instead of setting up obvious scenarios. The film is not devoid of shoot-outs (there’s a bullet to the head within the first minute or so, and at least one other that I won’t spoil), but the action sequences are tertiary to character development and dialogue, resulting in a Shakespearean climax that won’t be ruined by this reviewer.

Greene, who selected several actors from the local theatre scene in Washington, DC, has a clear understanding of how to create tension with minimal action. For me, it’s a welcome respite from the shoot-’em-ups (I love that stuff, but even I need a break every once in a while). The film, from beginning to end, is a lot like a De Palma piece – slow, observant and altogether dependent on the intelligence of its audience; by the final act, you might feel like you’re watching a stage production. To delve further into “The Henchman’s War” is unnecessary for the purposes of this  review, but after watching the first ten minutes, the fact that it throws convention to the wolves shouldn’t be a surprise. People who “get” “The Henchman’s War” will appreciate Greene’s cerebral screenplay and some absolutely fantastic acting, particularly by Leembruggen and Jane Petkofsky, who plays Cubby’s hard-edged, born-into-mafia wife.

“The Henchman’s War” opens today at the West End Cinema in Washington, DC.

Click here to read our interview with writer/director Anthony Greene.