Posted by Michael Parsons on September 16, 2011 in Movie Reviews / No Comments

(This review was originally published on September 16, 2011 at The Rogers Revue)

A Straw Dog – highly regarded, but when no longer need, discarded.

In 1971, Sam Peckinpah’s psychological thriller “Straw Dogs” created a ripple in a generation of filmgoers  with  its  unprecedented depiction  of  human brutality. Censors struggled with an appropriate rating in England where it was filmed and initially released, branding it with an 18 + due to its graphic rendering of a sexual assault. The film was then trimmed for its release in the United States to satisfy the MPAA’s requirements for an R rating and subsequently put through twenty years of re-edits that resulted in three different cuts, most recently (and ironically) in its original, unrated form. 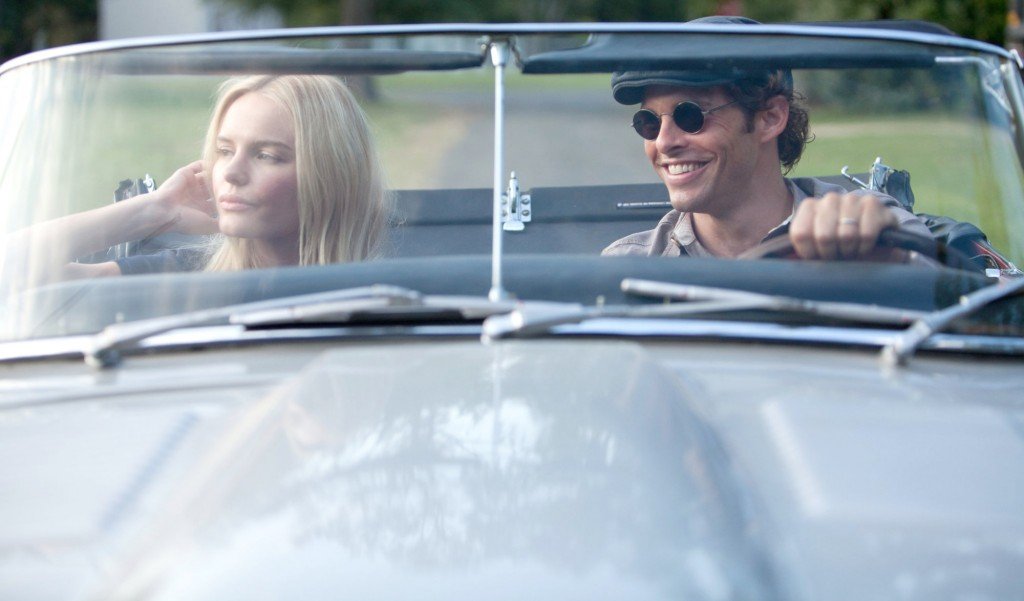 Anyone who pays to see the film in theaters is probably aware of the controversy surrounding the original Peckinpah production. A man (originally a mathematician) played by Dustin Hoffman and his wife (Susan George) move to a property in rural England where they quickly find themselves at odds with some of the indigenous townsfolk. Tensions between the two parties mount into the eventual assault of the wife and lead to a violent altercation in which the man must defend everything he stands for.

A lot has happened in the film industry since then, including a flurry of flicks that cinched the crap bag of exploitative horror films in the 70s like “Last House on the Left” and “I Spit on Your Grave” (which, incidentally have both been remade within the last two years). I want to emphasize that “Straw Dogs” should not be lumped into this sub-genre, nor does it derive its strength from exploitation, but rather is an exploration of human identity. Though Rod Lurie’s remake won’t be subjected to the same kind of scrutiny as its predecessor, it will certainly be weighed against what many considered Peckinpah’s most compelling work, based on the British novel “The Siege of Trencher’s Farm” by Gordon Williams. Since Lurie isn’t exactly breaking new ground, he is burdened with justifying revisiting the source material forty years later.

Replace England with Mississippi, update the automobiles (with the exception of a vintage Jaguar), and change their professions, and it is virtually the same movie. That said, let’s nix the obligatory comparisons. “Straw Dogs” is set on a playing field of passive-aggressiveness that feels like a walnut in a vice. It’s about territory, manipulation and human instinct, all of which converge in a violent confrontation in the final act of the film. Above all else, it is about ego. 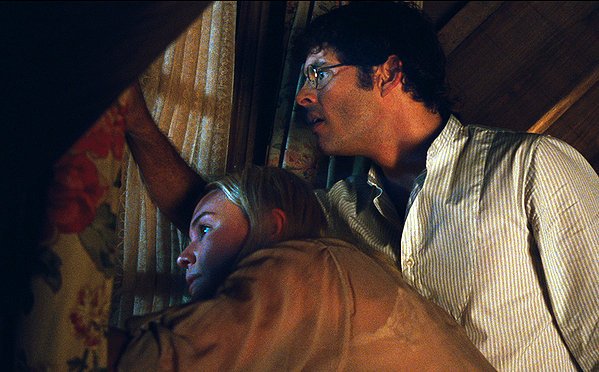 David and Amy Sumner (James Marsden and Kate Bosworth) are a Hollywood couple who temporarily relocate to Amy’s hometown on the Gulf Coast of Mississippi. They intend to repair the family farm that has recently been damaged by a hurricane while David works on his new
screenplay, a WWII epic about Stalingrad. Amy is a successful TV actress who seems to have mixed feelings about returning home; the film alludes to her troubled past on more than one occasion.

On the way into town, they get a warm reception from Charlie (Alexander Skarsgard), Amy’s high school sweetheart (and centerpiece of the indigenous crew at the local watering hole) who they’ve hired to reconstruct the roof on their barn. Charlie is a towering, clean cut  fellow who clearly has the upper hand on David even before the false pleasantries begin. The establishment is ripe with resident pool playing blue-collar guys and a drunk, belligerent high school football coach Hedden(James Woods) whose 15-year-old daughter constantly eludes his control. Also in the mix is a mentally challenged, seemingly unimposing soul named Jeremy Niles (Dominic Purcell) who has an undisclosed history with young girls; his brother, played by Walton Goggins, attempts diplomacy that seems to be wearing thin in a dynamic honestly reminiscent of “Of Mice and Men”. The group is tempered by Sheriff Burke (Laz Alonso) who seems to be consumed by babysitting
intoxicated rednecks like Hedden.

Charlie’s overt animosity for Amy’s husband is stifled by a facade of southern hospitality that is just as evident as David’s condescending regard for their town culture. Every kind gesture is a roundabout insult. David drops a hundred at the bar and says “as far as it’ll go,” but won’t stay and drink with them. When the crew shows up too early to work on the roof, David requests that they start a little later and they don’t show up until after noon the next day, all the while helping themselves to beer from the fridge and encroaching on his work space. David sheepishly approaches them about their work ethic; “This is how we do things down here,” says Charlie. “Did we give you a reason not to trust us?”

These are the straw dogs, as David later explains to his wife. Relics of high school, once put on a pedestal, now just common folk stuck in a veritable time warp. This is, after all, what David really thinks of them. But the film suggests that David might actually be the one detached from reality, as the locals continue to test the fortitude of the pacifist exterior that may be a front for his true nature.

This cycle of dancing egos is perpetuated by Amy who seems intent on challenging her husband’s resolve to stand up for himself while inexplicably taunting Charlie’s libido, while all she really wants is some attention from David. It’s obvious that Charlie wants Amy, but the real question is what is hiding behind David’s restrained demeanor. As the work crew continues to push the boundaries of appropriate behavior, Amy begins to poke at her husband’s masculinity – first flaunting herself in front of the crew, and then challenging him to react to their ogling.

It soon becomes apparent that Amy is desperate to have a different set of circumstances. She seems bitter because her career might not have progressed the way she wanted it to, and when her husband isn’t too busy for her his intellect overshadows their interactions. At one point, during the most disturbing scene of the film, a collection of framed photos of her childhood is emphasized; her reflection on the past seems almost as painful as the violation being committed against her.

The movie is simultaneously disturbing and gratifying, but also leaves some loose ends that keep us wondering about some of the character’s motives. Regardless, Lurie manages to downplay the film’s most controversial scene without diluting its relevance. There’s something to be said for the impending see-saw of psychology that topples the melodramatic ho-hum we find binding so many of these stretched pseudo dramas these days. The rednecks aren’t stupid, the victims aren’t necessarily heroes, and it’s not always clear who the real psychos are.

The surprises are few in the plot but plentiful in the behavior of the main characters, and the villains are not all determined by the obvious heinous nature of their transgressions. Marsden and Bosworth, though surprisingly unlikeable in their roles, accomplish exactly what they are meant to. Skarsgard owns his portrayal of Charlie, particularly in a quiet but intense exchange with David outside of a church. To divulge the down sides of the film would unfortunately spoil much of the plot line, though once they become obvious the film has already ramped up to its ultra-violent conclusion. Lurie’s retelling doesn’t aspire to put any spin on the original, it just offers a facelift to a story that can shift settings without altering the intrinsic qualities of its characters.